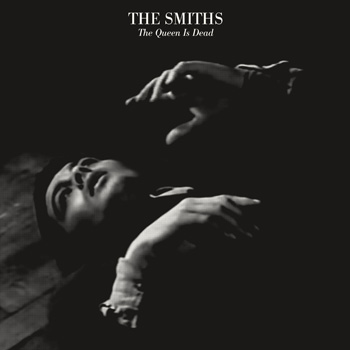 Widely considered to be The Smiths’ finest work as well as one of the greatest albums ever made, The Queen Is Dead has cast a significant influence over subsequent generations since it was first released in the summer of 1986. Now, 31 years after its original release, a newly mastered version of the album will be released on 20 October.

The album features several of the band’s finest moments, including the title track and ‘There Is A Light That Never Goes Out’, as well as the iconic singles ‘The Boy With The Thorn In His Side’ and ‘Bigmouth Strikes Again’.

Johnny Marr adds: “The Queen Is Dead was epic to make and epic to live.”

The deluxe 3-CD + DVD set is housed in a box with a lift-off lid, and includes a stapled 12-page booklet.

DVD: The Queen Is Dead (2017 master) in 96kHz/24-bit PCM stereo audio, plus ‘The Queen Is Dead – A Film By Derek Jarman’.The track listing of the vinyl version is the same as the 3-CD version.

We’re offering The Queen Is Dead (2017 remaster) at special pre-sale prices, which won’t be available after release. Click here for more details and to order your copy.