Pre-sale of the week is As You Were by Liam Gallagher, out on 6 October. 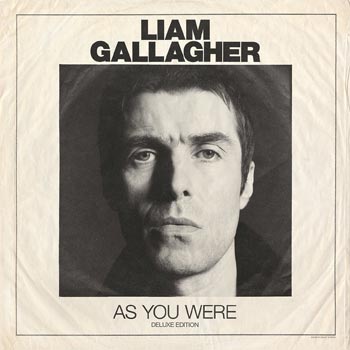 After the phenomenal reaction to his solo track ‘Wall of Glass’ and the emotional scenes that accompanied his first solo shows, Liam Gallagher can now announce his eagerly anticipated debut album, As You Were.

“I didn’t want to be reinventing anything or going off on a space jazz odyssey,” says Liam. “It’s the Lennon ‘Cold Turkey’ vibe, The Stones, the classics. But done my way, now.”

The album’s cover features an iconic new portrait of Liam which was taken by the influential photographer, fashion designer and creative director Hedi Slimane.

Note: the LP is on exclusive indies-only white vinyl.

We’re offering As You Were at special pre-sale prices, which won’t be available after release. Click here for more details and to order your copy.