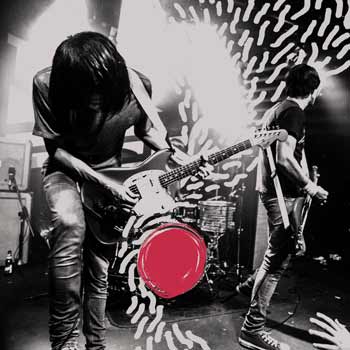 First conceived during recording sessions for the band’s fifth album, In The Belly Of The Brazen Bull, these recordings were elevated to quasi-mythical status amongst the band’s famously dedicated fan-base, with excitement building for a ‘punk album’ flipside to 2015’s more pop-leaning For All My Sisters. Originally intended as an EP, once sessions were completed the band found that they had recorded enough material for an album and decided it should be released that way instead. “That approach just really suits us, we were just having too much fun I guess,” they laugh.

Note: the LP is on indies-only splatter vinyl.

We’re offering 24-7 Rock Star Shit at special pre-sale prices, which won’t be available after release. Click here for more details and to order your copy.