Pink Floyd re-release their 1971 compilation album Relics and their 1995 UK Number 1 live album Pulse, both pressed on heavyweight 180g vinyl. Both albums were remastered in 2018 by James Guthrie, Joel Plante and Bernie Grundman. 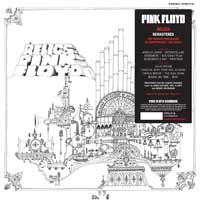 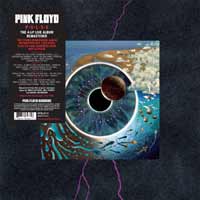 Relics, Pink Floyd’s first ‘compilation’ album, includes singles, B-sides, tracks from their first three albums – The Piper At The Gates Of Dawn, A Saucerful Of Secrets and More. Also, the then-previously unreleased Roger Waters song, ‘Biding My Time’, recorded in July 1969 and first released on Relics in May 1971. Relics was the first album to include ‘Arnold Layne’ and ‘See Emily Play’, which previously had only been released as singles, and the original studio recording of ‘Careful With That Axe, Eugene’, the B-side of ‘Point Me At The Sky’ in 1968.

Keeping true to the original artwork, the sleeve features the black and white drawings by Nick Mason, carrying the iconic subtitle ‘A Bizarre Collection of Antiques & Curios’. All tracks are the original stereo versions, which sit alongside the Syd Barrett-era, mono mixed singles ‘Arnold Layne’ and ‘See Emily Play’. 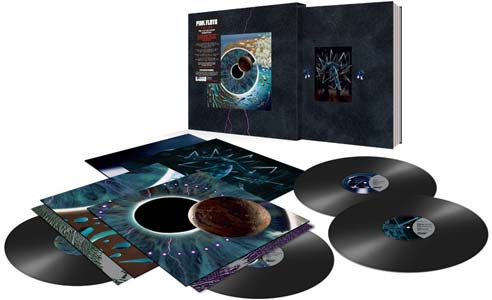 Pulse was compiled by James Guthrie, using various performances from the band’s 1994 ‘Division Bell’ tour across the UK and Europe featuring David Gilmour, Nick Mason and Richard Wright. The album includes The Dark Side Of The Moon performed in full, as well as a whole side dedicated to the show’s encore.

The 4-LP set includes four different inner sleeves, each inside individual outer sleeves, plus a 52-page hardback photo book, all encased in a thick card slipcase.

Aubrey Powell of Hipgnosis and Peter Curzon, who worked on the original art with the late Hipgnosis co-founder, Storm Thorgerson, recreated the art package.

We’re offering ‘Relics’ & ‘Pulse’ Vinyl Reissues at special pre-sale prices, which won’t be available after release. Click here for more details and to order your copy.