Pre-sale of the week is Luciferian Towers by Godspeed You! Black Emperor, out on 22 September. 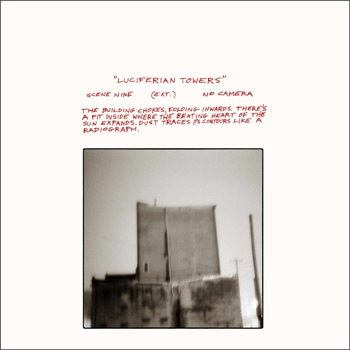 Luciferian Towers is an album that Godspeed You! Black Emperor made in the midst of communal mess, raising dogs and children.

Godspeed themselves say: “Eyes up and filled with dreadful joy we aimed for wrong notes that explode, a quiet muttering amplified heavenward. We recorded it all in a burning motorboat, informed by the following grand demands:

We’re offering Luciferian Towers at special pre-sale prices, which won’t be available after release. Click here for more details and to order your copy.