Pre-sale of the week is Brilliant Light by Danny & The Champions Of The World, out on 23 June. 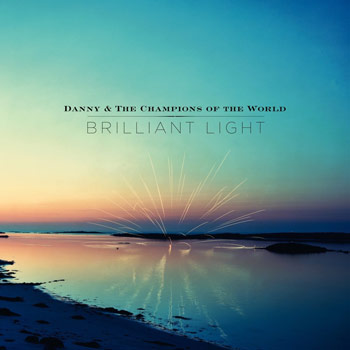 Brilliant Light, the follow-up to 2015’s award-winning What Kind Of Love, features 18 songs over two discs. The song ‘Swift Street’, which has been released to preview the album, is deeply personal to Danny George Wilson, who co-wrote it with Polly Paulusma and Carra Bacon. “Swift Street is the house where my mother grew up,” Danny tells us. The song is about 3 different photographs: “one of me and my brothers playing in a billy cart in the driveway, the second is of my grandfather aged 14 standing with his mother outside his childhood home in Aberdeen. He left for Australia after the Second World War. The third is of my folks in the garden of the house in Swift Street before they left to live in London. Each photograph takes a verse. I was nervous about my mum hearing it, but she loves it.”

We’re offering Brilliant Light at special pre-sale prices, which won’t be available after release. Click here for more details and to order your copy.