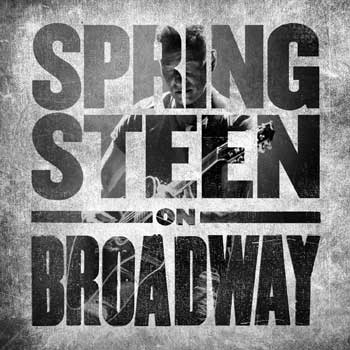 Springsteen On Broadway is the solo acoustic performance written and performed by Tony Award, Academy Award, and 20-time Grammy Award winner Bruce Springsteen. Springsteen On Broadway, based on his best-selling autobiography Born To Run, is a unique evening with The Boss, his guitar, a piano, and his very personal stories. In addition, the show features a special appearance by Patti Scialfa.

This historic series of sold-out performances of Bruce Springsteen’s one-man show began previews on 3 October 2017 and officially opened 12 October 2017. The show was extended three times after its initial eight-week run, and ran on Broadway at The Walter Kerr Theatre until 15 December 2018, a total of 236 performances.

We’re offering Springsteen On Broadway at special pre-sale prices, which won’t be available after release. Click here for more details and to order your copy.