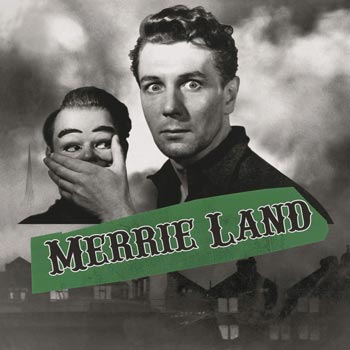 The album is described as “a series of observations and reflections on Britishness in 2018.” The album surveys what a post-Brexit UK might look like: an extrapolation of the close-focused scoping of London in their first album, now writ large for a country in the midst of tumultuous change.

Note: The deluxe CD comes presented in an A4 book. The LP is available on green vinyl, only from record shops.

We’re offering Merrie Land at special pre-sale prices, which won’t be available after release. Click here for more details and to order your copy.