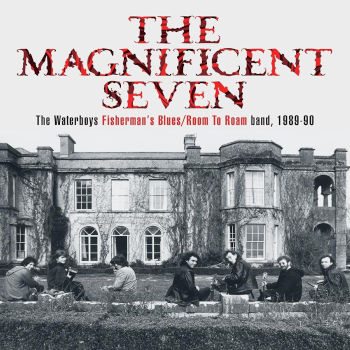 The Magnificent Seven (Fisherman’s Blues/Room To Roam Band, 1989-90) is a new 145-track 5-CD + DVD box set which tells the story of the seven-piece Waterboys line-up from the Fisherman’s Blues 1989 tour through to the release of the band’s fifth album, Room To Roam, in 1990. As well as the remastered Room To Roam album, this set contains more than 80 previously unreleased tracks over four CDs packed from demos, unreleased studio tracks, live performances and informal jams/sessions.

The DVD contains two complete 1989 audience films of performances at Glastonbury Festival and in Milan, home movies and professional footage shot at Spiddal House during the making of Room To Roam, plus films shot on visits by The Waterboys to Spiddal in 2010 and 2012.

Included in the super-deluxe box set is a 240-page book containing a 50,000 word narrative by Mike Scott telling the full story of the Waterboys’ seven-piece band, a collection of previously unseen photos, track notes by all band members, maps, lyrics, manuscripts, and other archival memorabilia, packaged in a rigid slipcase (approx. 288 x 255mm) containing the six discs and the hardback book. The standard box set includes a 54-page perfect-bound book containing track notes by all band members and previously unseen photos, packaged in a clamshell box containing the six discs in card wallets. 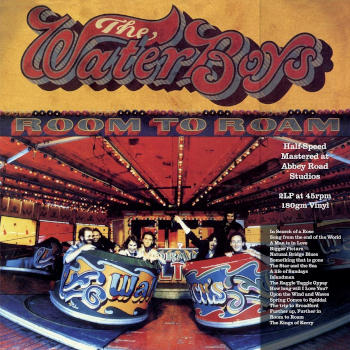 This new vinyl release has been produced to compliment The Magnificent Seven CD/DVD/Book box set. Mastered at half speed and cut by Miles Showell at Abbey Road, it has been produced as a double album playing at 45rpm for superior sound quality. The original artwork has been presented in a new 5mm-spine sleeve, with poly-lined inners and an insert.

We’re offering The Magnificent Seven (Fisherman’s Blues/Room To Roam Band, 1989-90) and Room To Roam (Half Speed Master) at special pre-sale prices, which won’t be available after release. Click the images above for more details and to order your copy.