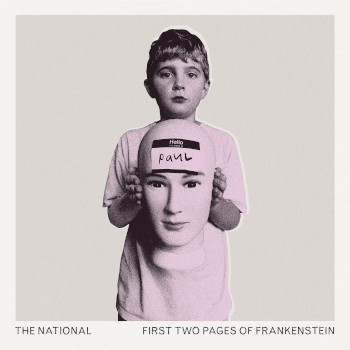 Anchored by evocative melodies and an enthralling lyrical narrative, First Two Pages Of Frankenstein signals a thrilling new chapter in the The National’s discography. The 11-song album was produced by the band at Long Pond Studios in upstate New York and features guest appearances by Taylor Swift, Phoebe Bridgers and Sufjan Stevens.

First Two Pages Of Frankenstein channels the group’s revitalised chemistry into a body of work that beautifully balances elegant musicality with The National’s more idiosyncratic impulses. Tracks such as ‘Grease in Your Hair’ and ‘Ice Machines’ were road-tested in 2022 before they were recorded, allowing the band to hone the material in real time (another song – ‘Weird Goodbyes’, featuring Bon Iver’s Justin Vernon – was released as a standalone track last August).

“To me the power of this record has to do with the intentionality and structure of the music meeting with a lot of accidental magic,” says Aaron Dessner.

Note: The LP is initially available on limited-edition red vinyl.