We kick of this week’s six smashers with one of the most highly anticipated releases in the Bob Dylan Bootleg Series. Time Out Of Mind is one of Dylan’s most commercially successful and critically acclaimed albums and it won three Grammy Awards, including album of the year. It includes such iconic songs as ‘Love Sick’, ‘Not Dark Yet’ and ‘Make You Feel My Love’, which became a modern standard after it was covered by artists as diverse as Billy Joel, Garth Brooks and, of course, Adele. Fragments: Time Out of Mind Sessions (1996–1997) follows the evolution of songs written for the album, from intimate early incarnations in the previously unreleased 1996 Teatro sessions through incandescent live renditions showcasing Dylan and his touring ensemble channelling the songs on stage between 1998 and 2001.

Greatest Hits Live In ’76 is a live performance from Marvin Gaye recorded at the Edenhalle Concert Hall in Amsterdam during his 1976 European tour. The recording features a fantastic set of 23 songs (22 on the LP) highlighting a wealth of material from the course of his legendary career, including ‘I Heard It Through The Grapevine’, ‘Let’s Get It On’, ‘Inner City Blues (Make Me Wanna Holler)’ (all US #1 hits), ‘Ain’t No Mountain High Enough’ and many more.

A space of wonderment and exhilaration, the home of true heart and a timeless soul, Faded Seaside Glamour, the atmospheric and evocative 2004 debut album from Southampton’s very own Delays, gets its first outing on vinyl. The fragile strength of frontman Greg Gilbert’s vocals intertwine in an intoxicating way with the forward-looking synths of his brother Aaron, Colin Fox’s bass and Rowly’s drumming to create a series of affecting songs that deliver an immediate pop hit and that also leave a deep and wistful impact worthy of the album’s enticing title. Its iconic singles ‘Nearer Than Heaven’ and ‘Long Time Coming’ became immediate yet lasting focal points, while tracks including the melancholic ‘No Ending’, the smooth beats of ‘Stay Where You Are’ and chiming opener ‘Wanderlust’ demonstrated the remarkable depth of this unique debut.

Setting The Reytons apart from the competition is their fiercely independent approach to the way they work. Not exactly welcomed with open arms by the industry from the very start, the band channel their working-class grit and determination to overcome every obstacle thrown at them, and their second album, What’s Rock and Roll?, is being released 100% independently, with no label backing. Aided by the masses of their loyal fans, no achievement is out of reach.

Chaos & Colour, the energetic and triumphant 25th studio album from British hard-rock legends and progenators Uriah Heep, bristles with explosive classic rock guitars, supreme harmonies and Heep’s famously generous keyboard foundation. Led by founding member Mick Box, it is no surprise that themes of light, love and, ultimately, positivity are constant through the eleven tracks. Opener ‘Save Me Tonight’ shows the band’s weighty yet blistering chops, while ‘One Nation, One Sun’ is a journey of soaring balladic contemplation.

Our release of the week is Electrophonic Chronic, the much-anticipated follow-up to The Arcs’ 2015 debut, Yours, Dreamily. The freewheeling sessions for that debut became the bedrock on which the surviving members fleshed out their new album, a collection of psychedelic rock, gritty funk and heady, soulful grooves. 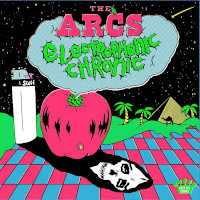 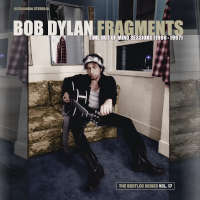 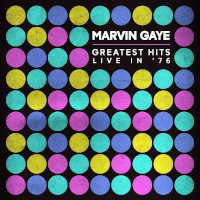 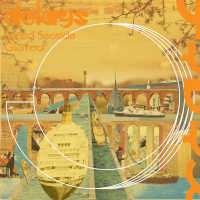 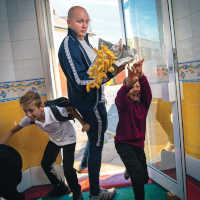 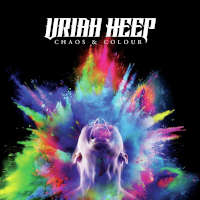