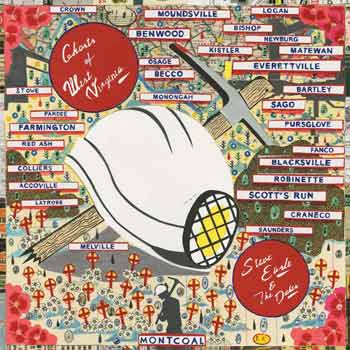 Ghosts Of West Virginia centres on one of the worst mining disasters in American history: the Upper Big Branch coal-mine explosion that killed twenty-nine men in 2010. When asked about what drove him to craft his deeply evocative new album, Steve Earle says: “I thought that, given the way things are now, it was maybe my responsibility to make a record that spoke to and for people who didn’t vote the way that I did. … This is one move toward something that might take a generation to change. I wanted to do something where that dialogue could begin.”

Note: the LP is available on indies-only coloured vinyl.

We’re offering Ghosts Of West Virginia at special pre-sale prices, which won’t be available after release. Click here for more details and to order your copy.