Pre-sale of the week is Pollinator by Blondie, out on 5 May. 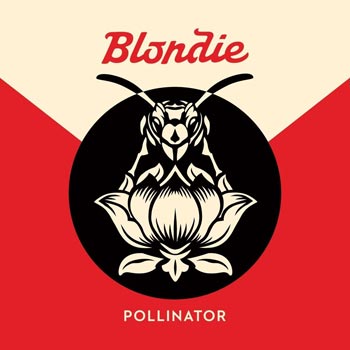 Blondie return with their 11th studio album, Pollinator, lighting up 2017 with an incredible new record befitting one of the world’s greatest bands. Pollinator was produced live in the studio by John Congleton (St. Vincent, John Grant, War On Drugs, David Byrne), and was the last album recorded at New York’s legendary Magic Shop studios before their closure.

Blondie’s classic writing duo of Chris Stein and Debbie Harry are at the heart of the album’s creation with an impressive list of songwriters on the project, including Johnny Marr, TV On the Radio’s Dave Sitek, Dev Hynes (Blood Orange, Lightspeed Champion) Adam Johnson aka An Unkindess, Sia and Charli XCX. The recording features appearances from Joan Jett, Laurie Anderson and The Gregory Brothers.

We’re offering Pollinator at special pre-sale prices, which won’t be available after release. Click here for more details and to order your copy.