Our pick of the releases out on 7 August starts with Jason Molina. After moving from the American midwest to London at some point in 2006 or 2007, separated from his bandmates and friends and never one for idleness, Molina explored his new home with fervour. The ‘Eighth Gate’ was Molina’s way into London. In many ways, it is incarnate: mythical, passable only in the mind, built for himself and part-way imaginary but shared, thankfully, with us. Eight Gates is the last collection of solo studio recordings Molina made before he died from complications related to alcoholism in 2013. Recorded in London around the time of the supposed spider bite and Jimi’s supposed parakeets, some of the songs (‘Whispered Away’, ‘Thistle Blue’) are fully realised – dark, moody textures that call to mind his earlier work on The Lioness.

2020 marks the 30th anniversary of Bossanova, the third studio album by Pixies. Their third album in as many years, 1990 was a particularly fertile time for the band with Kim Deal also having success with The Breeders, who released their debut album Pod just a few months prior. Featuring the singles ‘Allison’ (a tribute to jazz and blues pianist Mose Allison), ‘Dig For Fire’ and ‘Velouria’, plus the first cover to feature on one of their albums ‘Cecilia Ann’ (originally by The Surftones), Bossanova showed a less primal side to the band, with surf and space rock rising to the fore. Lyrically, Black Francis is even more cryptic with a recurring sci-fi theme running throughout, which in turn influenced Vaughan Oliver’s classic planet design for the sleeve. To celebrate Bossanova hitting its third decade, 4AD are releasing a limited red vinyl edition with the original 16-page booklet being reinserted, having previously only been available with the initial UK LP pressing.

“If you’re going to deconstruct the modern psyche,” says Liela Moss, “you might as well dance to it.” On her second solo album, Who The Power, Moss fulfils that remit with all the power its title calls for. After 2018’s deeply personal My Name Is Safe In Your Mouth – a debut solo album at times serene, at others stormy, on every front sumptuous – Moss entered a period of profound creative and personal self-reflection. When she emerged, she forged an album of questioning intensity and synth-loaded drama, with the expressive force in her voice refuelled by the urgent desire to interrogate the role of selfhood in fraught times. And, crucially, backed by the urgent grooves needed for the job.

The Dark Knight Rises is a Grammy-nominated soundtrack to the film directed by Christopher Nolan, composed by the legendary Hans Zimmer (Inception, Interstellar, Gladiator). Zimmer said that in his attempt to create a sound that nobody has ever heard, he had a very ambitious idea for the film, but that it was so experimental, he didn’t know if it would actually work. As with the soundtracks for Batman Begins and The Dark Knight, this album features a beautiful array of distinctive, unforgettable pieces that capture the essence of the characters, the film’s major sequences/moments and exemplary pacing.

Our release of the week is Whoosh!, which sees Deep Purple joining forces for the third time with producer Bob Ezrin, who invited the band to Nashville to write and record new songs. Together they created the most versatile album in their collaboration. Deep Purple ‘stretched out in all directions’ without any limitation, letting their creativity go. “Putting the Deep back into Purple” was the half-joking motto in the studio after the first songs made it clear that Ezrin and Purple were on their path to creating an album pushing the boundaries of time, while voicing their resentment about the current situation of the world and addressing all generations. 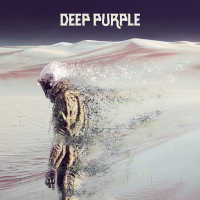 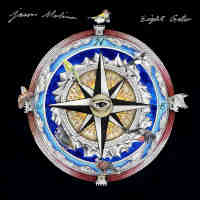 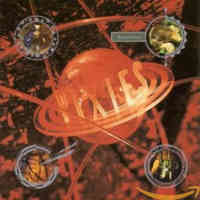 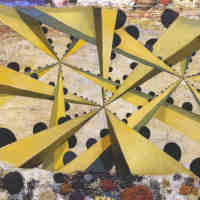 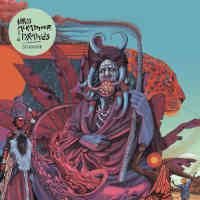