We kick of this week’s super six with Dublin’s Fontaines D.C., who – barely a year after the release of their hugely acclaimed debut album Dogrel, which earned a Mercury Prize nomination and Album of the Year 2019 at both BBC 6Music and Rough Trade record store – have returned with an intensely confident, patient and complex follow-up album. A Hero’s Death arrives battered and bruised, albeit beautiful – a heady and philosophical take on the modern world and its great uncertainty.

The Delta Sweete is the second studio album by Bobbie Gentry: a concept album inspired by her Mississippi childhood, it was originally released on 5th February 1968. It is Gentry’s most critically acclaimed album and has not been pressed in the UK or US since 1972. Interest in the album is at a high after Uncut recently placed it fourth in their ‘Ultimate Genre Guide’ to the best singer-songwriter albums of all time. This 2-CD / 2-LP reissue features the original album newly mixed and mastered from multi-tracks by Andrew Batt, and is supplemented by out-takes and demos, featuring two previously unreleased tracks. The CD edition also features the original mono mix of the album, which has not appeared on CD before. Sleeve notes are supplied by Andrew, and are illustrated with unseen images from the Capitol archive.

Sex, Death And The Infinite Void is the second studio album by English punk band Creeper. The band’s devoted fan base were devastated when frontman Will Gould announced the end of the band during a sold-out Koko show in 2018; but, a year to the day later, the band were reborn during a secret show under the Fugitives Of Heaven pseudonym. Their reanimation was completed when they dropped the track ‘Born Cold’ – with Radio 1’s Daniel P Carter leading the celebrations by playing the track an unprecedented three times in a row.

Such Pretty Forks In The Road is the ninth (and seventh international) studio album by Canadian-American singer-songwriter Alanis Morissette. It is her first studio album in eight years, following 2012’s Havoc And Bright Lights, and features the singles ‘Reasons I Drink’, ‘Smiling’, and ‘Diagnosis’.

After the assassination of Martin Luther King in 1968, racial tensions rose across the USA. Palo Alto, a largely white college town in California, was not immune to the events of the day. Danny Scher, a rising junior at Palo Alto High School, had a dream to bring Thelonious Monk to the town to perform and help bring about racial unity in his community as well as raise funds for his school’s International Committee. After somehow securing Monk’s services to perform on Sunday 27 October, Scher initially had trouble selling tickets and convincing people that Monk was even going to show up. With many twists and turns along the way and several hundred people waiting in the school’s parking lot to await Monk’s arrival before purchasing tickets, the concert eventually happened and was a triumph in more ways that Monk or Scher could have imagined. This is a recording of that historic concert. Monk is joined by Charlie Rouse on tenor, Larry Gales on bass and Ben Riley on drums.

Our release of the week comes from The Psychedelic Furs. Yes, you heard that right – the highly influential post-punk stars have recorded their first album in nearly 30 years! From its exhilarating opening bars to its close, Made Of Rain sounds like the Furs and them alone. It’s a joy to hear this sound again, and it sounds fresher than ever. Their peerless permutations of art, aggression and ambience drive the dynamics, and it’s always been this originality which has set them apart. They really are a cut above the rest. 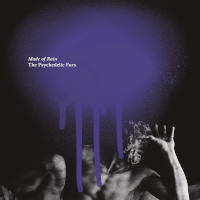 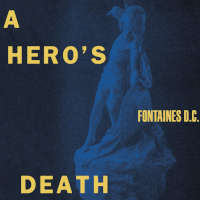 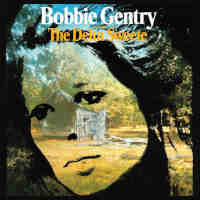 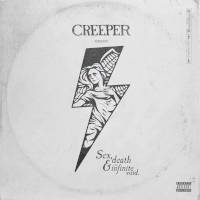 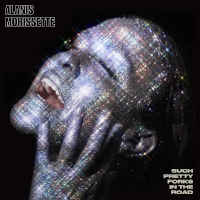 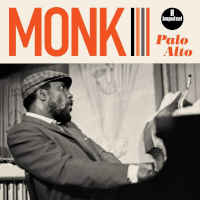