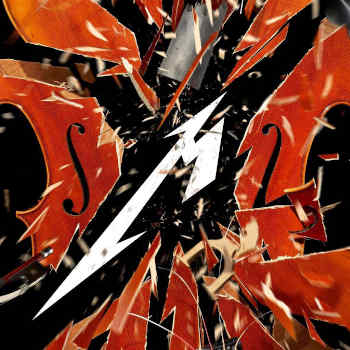 The S&M2 concerts by Metallica with San Francisco Symphony in September 2019 were historic on multiple levels, serving as the grand opening of San Francisco’s Chase Center, reuniting the band and orchestra for the first time since the 1999 performances captured on the Grammy-winning S&M album, and featuring the first-ever symphonic renditions of songs written and released since those original S&M shows. The sold-out shows were rapturously received by the 40,000 fans who travelled from nearly 70 countries.

S&M2 is a landmark release in the Metallica catalogue, both sonically and visually. Produced by Greg Fidelman with James Hetfield and Lars Ulrich, the S&M2 live album captures more than two and a half hours of James, Lars, Kirk Hammett and Robert Trujillo joining forces with the nearly 80-strong San Francisco Symphony, the orchestra’s legendary musical director Michael Tilson Thomas and conductor Edwin Outwater. The concert film has been freshly edited by Joe Hutching (Through The Never) and both the audio and visuals have been taken to the next level from the October 2019 theatrical version that played in over 3,700 cinemas worldwide.

Track Listing: The Ecstasy of Gold / The Call of Ktulu / For Whom the Bell Tolls / The Day that Never Comes / The Memory Remains / Confusion / Moth Into Flame / The Outlaw Torn / No Leaf Clover / Halo on Fire / Intro to Scythian Suite / Scythian Suite, Opus 20 II: The Enemy God and the Dance of the Dark Spirits / Intro to The Iron Foundry / The Iron Foundry, Opus 19 / The Unforgiven III / All Within My Hands / (Anesthesia) – Pulling Teeth / Wherever I May Roam / One / Master of Puppets / Nothing Else Matters / Enter SandmanWe’re offering S&M2 at special pre-sale prices, which won’t be available after release. Click here for more details and to order your copy.