We’ve got six sparklers coming up for release in the next three weeks.

In 2011, a near-fatal car crash paralysed Micah P. Hinson’s arms for months. He spent his recovery time listening to some demos he’d made before the crash. This material eventually culminated in Micah P. Hinson And The Nothing, the darkest and most intensely personal collection of songs from him thus far, which garnered widespread critical acclaim. Since then, each record has been a final confrontation with himself, each song shakes with danger. I Lie To You (2 Dec) comes from five days and five nights of recording in Irpinia in southern Italy, with production by Alessandro Asso Stefana (PJ Harvey, Mike Patton, Vinicio Capossela). Accompanying Micah and Asso are Raffaele Tiseo’s celestial strings, Zeno De Rossi’s metaphysical drumming and the double bass of Greg Cohen. On this new album Micah sings, with his weathered, husky, prophet-like voice, eleven tales of love, loss and regret, which once again reveal his heart as an artist laid bare.

Fireside Stories (2 Dec) features recently unearthed tapes from the early 1970s of a totally unknown teenaged folk singer named Trevor Beales. This superb cache of ‘loner folk’ songs by Hebden Bridge’s answer to Nick Drake shows a suffer-no-fools sense of realism that is defiantly Northern, yet also expresses a worldliness that belies Beales’ youth while showcasing an inherent storyteller’s ear for narrative. Here is a postcard from that crucial musical period of transition when the idealistic exponents of the 1960s emerged into an austere new decade that was to be shaped by strikes, rising unemployment and economic upheaval. Beales’ natural musical ability showcases a sophisticated guitar-picking style that was leagues ahead of many of his (older, more recognised) contemporaries. This is music that can confidently hold its own with pioneers such as Davey Graham, Michael Chapman, Dave Evans, Bert Jansch and Jackson C. Frank, music that is as influenced by jazz, blues and steel guitar as any of the old songbook classics from ancient Albion.

Tom Petty & The Heartbreakers (25 Nov) famously played 20 nights at the legendary Fillmore venue in San Francisco in 1997. Six of the shows were professionally recorded and this release features some of the high points of the residency. Playing multiple nights in a small venue allowed the band to vary their sets each night, and they included re-arranged and distinctive versions of their hits, deep cuts, and many cover versions – paying tribute to the artists that Tom and the band had been influenced by.

Sweet Billy Pilgrim, now multi-instrumentalist duo Jana Carpenter and Tim Elsenburg, have described Somapolis (25 Nov) – body of the city or city of the body, depending on how metaphorical you’re feeling! – as a concept album. The album begins with two artists looking out over a nameless metropolis, their job being to observe, curate and commemorate the world around them – a sort of Wings of Desire, but with artists instead of angels. The first song explores the experience of creating before we swoop down into the individual stories of the people living in the city. Then, towards the end, the album zooms back out to the observers for the final two songs, finishing – depending on the listener – on a note of either hope or resignation.

Our release of the week is This Is What We Do (2 Dec), the first album in 7 years from seminal electronic music pioneers Leftfield, who are currently reaching a new audience through Idris Elba’s Gucci ad. Leftfield (originally comprising Neil Barnes and Paul Daley) have been at the cutting edge of dance music since the 1990s, releasing albums that have become some of the most influential electronic records of all time around the world, and being twice nominated for the Mercury Prize. Their debut, Leftism, is widely regarded as one of the most boundary-pushing electronic albums ever released, and This Is What We Do is only the fourth album in their 28-year history, and it’s been well worth the wait. 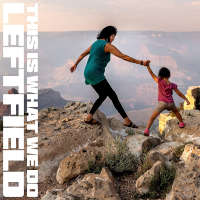 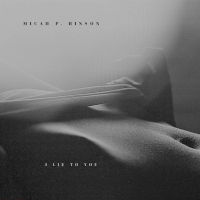 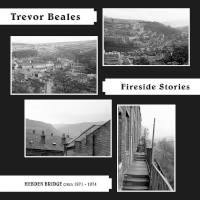 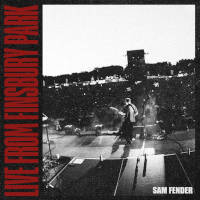 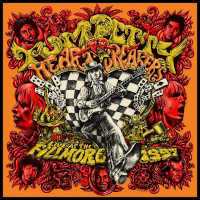 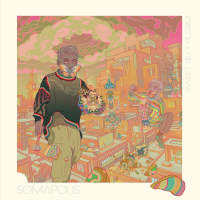