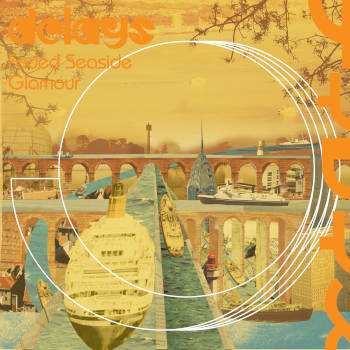 Faded Seaside Glamour, the atmospheric and evocative debut album from Southampton’s very own Delays, gets its first outing on vinyl. Originally released in 2004, the fragile strength of frontman Greg Gilbert’s vocals intertwine intoxicatedly with the forward-looking synths of his brother Aaron, Colin Fox’s bass and Rowly’s drumming to create a series of affecting songs that deliver an immediate pop hit and that also leave a deep and wistful impact worthy of the album’s enticing title. Nearly 20 years have passed since the release of Faded Seaside Glamour and much has changed – most notably the loss of Greg Gilbert, who passed away in 2021 after a period of treatment for cancer – but like the idiosyncratic places the album’s name celebrated, Delays’ music has not only endured but their art has been loved and cherished as it has continually connected with audiences.

Note: The limited-edition deluxe LP is pressed on orange vinyl.