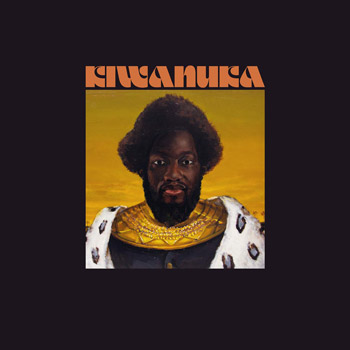 Michael Kiwanuka’s third studio album, entitled simply Kiwanuka, is Michael serving from the heart, from the mind, and from the soul. The album was recorded in New York, LA and London with Danger Mouse and Inflo at the controls, the same production team that combined so magnificently on Love & Hate. They take the basic sonic blueprint of that last record to a dizzying new realm on Kiwanuka, which also finds a new assuredness in Michael’s writing.

Michael will tell you of his love for records that entwine their songs with incidental skits and shape-shifting spiralling outros, making the listener experience almost that of listening to one long, dramatic song. Kiwanuka fulfils that winding, dream-like haze, unhurried.

On the album title, Michael explains “This album, it’s kind of a defiant thing; I’m engaging with who I am and I’m not going to have an alter ego, or become Sasha Fierce or Ziggy Stardust, even through everyone’s telling me I need to be this, that or the other. I can just be Michael Kiwanuka.”

Note: the limited-edition deluxe CD is housed in a 16-page hardback book; the LP version comes on yellow vinyl, available only from record shops.

We’re offering Kiwanuka at special pre-sale prices, which won’t be available after release. Click here for more details and to order your copy.