We kick off this week’s goodies with a reminder of last week’s release of the week, which has been delayed but is good enough to mention again! Fetch The Bolt Cutters, the fifth studio album from Fiona Apple, is astonishing, intimate and demonstrates a refusal to be silenced. It’s as if she has returned to reinvent sound – the rhythms pleasing but counter, and unusual. It’s full of visceral, jittery, wonderfully imperfect performances that make the album feel like a dream-like concert at Largo, and features contributions from Davíd Garza, Sebastian Steinberg and Amy Aileen Wood.

Shirley Collins is a singer who has completely regained her confidence and is singing so well that you can’t believe she was away for so long. Recorded at Metway in Brighton, Heart’s Ease is even stronger than Lodestar, as compelling and original as Shirley’s great albums from the ’60s and ’70s. There are traditional songs, of course, from England and the USA, but there are also more new songs than in the past, and there’s even a burst of experimentation that hints at possible new directions to come.

Dry is the debut studio album by English singer-songwriter and musician PJ Harvey, originally released on Too Pure Records on 30 March 1992. The album was recorded at The Icehouse, a local studio in Yeovil. Critically lauded both on release and retrospectively, the album contains the singles ‘Dress’ and ‘Sheela-Na-Gig’. The album is now available on vinyl for the first time in almost 20 years. It has been remastered by the original producer, Head, and has been matched to the original version as much as possible.

Dry Demos is an 11-track collection of demos of all songs from the album, and is being made available for the first time since 1992, when it came as a bonus LP with the limited 1st pressing of the album proper. This release features brand-new artwork with previously unseen photos by Maria Mochnacz.

Love And Peace finds Seasick Steve mixing up all his much-loved ingredients to deliver a fresh record that offers the perfect antidote for the troubled times in which we live. Full of hope for the future, it’s a great mix of boogie, blues, rock, Americana and folk – all delivered in Steve’s unique style. It’s a sizzler of an album that sees him breaking with tradition: while some of it was recorded in his barn, the majority was recorded at Studio 606 and East West Studio in Los Angeles. The album was mixed by Vance Powell (Jack White, Chris Stapleton) and Steve at East West. Steve’s long-term drummer Dan Magnusson (a.k.a. Crazy Dan) is of course featured on the record, along with some amazing contributions from guitarist Luther Dickinson (North Mississippi Allstars) and harmonica player Malcolm Arison (The BossHoss).

Our album of the week comes from Courtney Marie Andrews, who has seemingly pulled all the songwriting skill, vocal prowess, and musicianship displayed on her previous albums into a single career-defining statement. Old Flowers is a break-up record for sure, though due to CMA’s extraordinary storytelling gifts it’s more of a modern-day coming-of-age tale of love won, love sustained and, unfortunately, love’s inevitable dissolution. 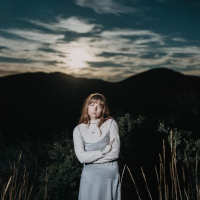 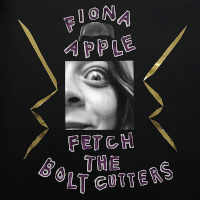 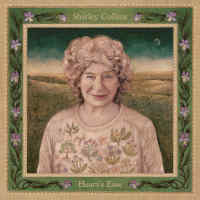 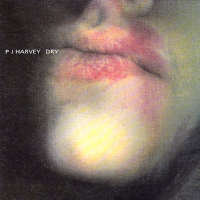 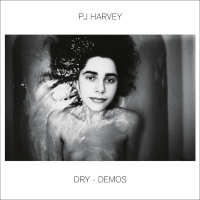 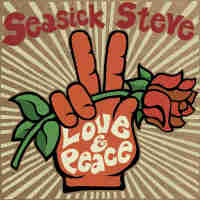