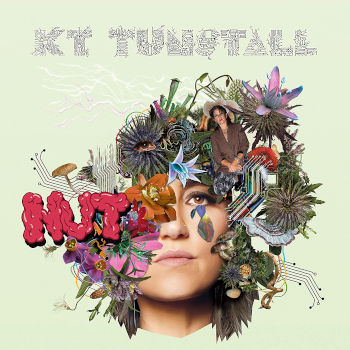 Over the past few years, Grammy-nominated Scottish musician KT Tunstall has expanded on her musical selves by focusing on a trilogy of records, each of which zeroes in on a single concept: soul, body and mind. The first, 2016’s KIN, was the soul record; 2018’s WAX was the body record, and the new NUT is the mind record. Produced by Martin Terefe, who co-wrote her 2005 global hit “Other Side of the World”, NUT draws on Tunstall’s love of percussive West African grooves as a metaphor for the learning patterns of the mind and is an eclectic album that seamlessly weaves together disparate styles.

Note: The LP is initially available on limited-edition green vinyl.