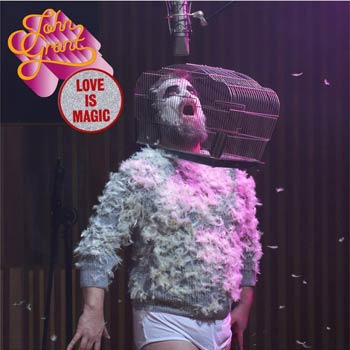 “Each record I make is more of an amalgamation of who I truly am,” says John Grant. “The more I do this, the more I trust in myself, and the further along I go.” Even on his debut solo album Queen Of Denmark in 2010, the Michigan-born man released laced sumptuous soft-rock ballads with an array of spacey, wistful synthesiser sounds. Taut, fizzing sequencers, nu-synth-disco settings and icy soundscapes took an increasing role in the mix on 2013’s Pale Green Ghosts and 2015’s Grey Tickles, Black Pressure, described by the Guardian as: “variously agonising, hilarious, uplifting and moving: another bravura display from a unique song-writing talent.” Now, with his fourth solo album, Love Is Magic, Grant has continued evolving, creating his most electronic record yet.

Note: the LP is an exclusive indies-only version.

We’re offering Love Is Magic at special pre-sale prices, which won’t be available after release. Click here for more details and to order your copy.