Pre-sale of the week is The Nashville Sound by Jason Isbell, out on 16 June. 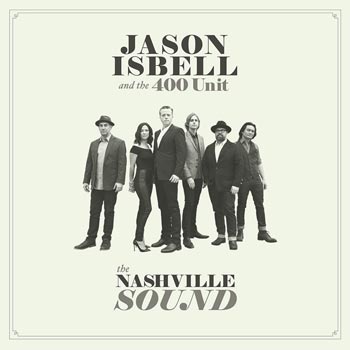 Jason Isbell, one of the great American singer-dongwriters, returns with The Nashville Sound.

The album was recorded at Nashville’s legendary RCA Studio A and produced by Grammy Award-winner Dave Cobb, who produced Isbell’s previous album, Something More Than Free, and his celebrated 2013 breakthrough album Southeastern.

The Nashville Sound features 10 new songs that address a range of subjects that include politics and cultural privilege (‘White Man’s World’), nostalgic longing (‘The Last Of My Kind’), love and mortality (‘If We Were Vampires’), the toxic effect of today’s pressures (‘Anxiety’), the remnants of a break-up (‘Chaos And Clothes’) and finding hope (‘Something To Love’). Songs such as ‘Cumberland Gap’ and ‘Hope The Highroad’ find Jason and his bandmates going back to their rock roots full force.

We’re offering The Nashville Sound at special pre-sale prices, which won’t be available after release. Click here for more details and to order your copy.