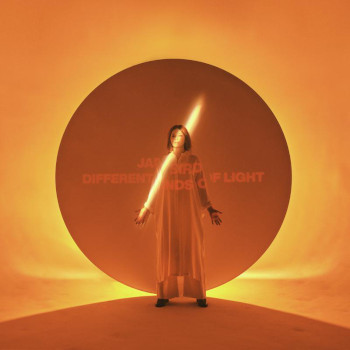 British singer-songwriter Jade Bird’s second album, Different Kinds Of Light, is “at its most basic is about falling in love, and at its most complex the chaos of trying to get away from your past”.

“I’ve written about fictional characters, about myself and people who don’t exist or at least only exist in my mind, memory and imagination,” she explained.

“This record started in Japan, a small getaway from a busy year. We took it to Mexico, to Nashville and to upstate New York adding pieces of songs along the way until it became the different phases of who I am, what my relationship is and what my relationship to other people has become.”

Bird added: “It’s been a big exploration through evenings and mornings spent under strange skies. With Different Kinds Of Light came different kinds of clarity in my life.”

Citing the likes of Iggy Pop, Fleetwood Mac and “the melodicism of Blur and Oasis at their sweetest” as key influences, the new record has enabled Bird, she says, to finally be able to define herself as an artist.

“I never felt like I could call myself an artist – like, ‘we’ll see’,” she said. “Whereas I know that’s my occupation now. That’s who I am, and that’s incredibly reassuring.”

We’re offering Different Kinds Of Light at special pre-sale prices, which won’t be available after release. Click here for more details and to order your copy.