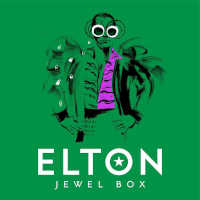 This is the release his fans have been waiting for. With an eye-watering amount of previously unheard and unreleased tracks this is a treasure trove for Elton John fans. The 8-CD box set is packaged in a beautiful hardcover book with discs housed in the back, wrapped in an outer slipcase. The collection spans the period 1965 to 2019.

Discs 1 & 2: Deep Cuts. A selection of personal favourites, curated by Elton, and includes a track-by-track written commentary by Elton John with Alexis Petridis.

Discs 3, 4 & 5: Rarities 1965–1971. Elton’s much sought-after 1960s and early 1970s demos and music that cemented the foundations of the iconic John–Taupin writing partnership. The compelling, previously unreleased, missing piece in his illustrious story. Daryl Easlea narrates this fascinating story with contributions from those who were there at the time.

Discs 6 & 7: B Sides 1976–2005. Flipsides, never before compiled together. Those B-Side gems that are now given another chance to sparkle – many never previously available digitally.

Disc 8: And This Is Me … To coincide with the release of the updated paperback edition of Me, the final collection celebrates the songs mentioned by name by Elton in his acclaimed book, closing Jewel Box with the 2020 Academy Award-winning ‘(I’m Gonna) Love Me Again’.

In addition to the 8-CD box set there are also 3 vinyl collections: the 4-LP Deep Cuts, 3-LP Rarities And B-Sides and the 2-LP And This Is Me.

We’re offering Jewel Box at special pre-sale prices, which won’t be available after release. Click here for more details and to order your copy.