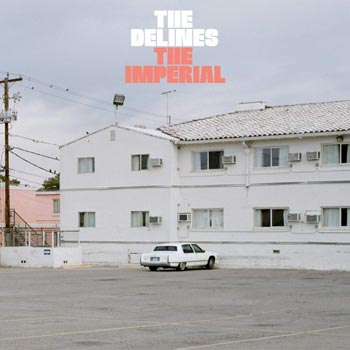 The Delines are finally back with a new album. The band had only been together a week when they went into the studio and cut their debut album, Colfax, which surprised and delighted fans and critics alike. Uncut gave it 9/10 stars and praised its “widescreen romanticism”, calling it “the richest collection of songs Willy Vlautin has written.”

The Delines are now back at last with The Imperial. Where Colfax was an experiment, The Imperial shows us again why songwriter Willy Vlautin became so enamoured with Amy Boone’s voice. The combination of Vlautin’s songs and Boone’s voice, which evokes a beat-up Dusty Springfield or a weary Rickie Lee Jones, creates a late-night country-soul world full of hopefulness and heartbreak. Vlautin’s star has been rising steadily over the past 4 years with a hit new novel and a hit movie, Lean On Pete, adapted from a previous novel of his.

We’re offering The Imperial at special pre-sale prices, which won’t be available after release. Click here for more details and to order your copy.