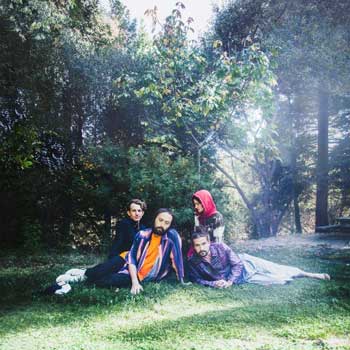 U.F.O.F., with F standing for ‘Friend’, is the name of the highly anticipated third record by Big Thief. It was recorded in rural western Washington at Bear Creek Studios with engineer Dom Monks, and producer Andrew Sarlo, who was also behind their previous albums.

Their songs represent an emotional bravery and realness that weaves intimate relationships with the listener, a phenomenon that has made them one of the most widely respected bands of the current era.

Note: the LP is available on indies-only orange vinyl.

We’re offering U.F.O.F. at special pre-sale prices, which won’t be available after release. Click here for more details and to order your copy.