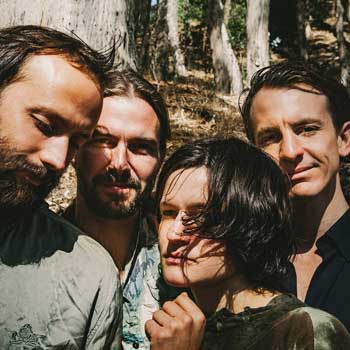 Two Hands is the second album in less than a year from American indie rock band Big Thief. Where U.F.O.F. layered mysterious sounds and effects for levitation, Two Hands grounds itself on dried-out, cracked desert dirt. The album had to be different from its predecessor, and it was predominantly recorded live with almost no overdubs.

Note: The LP is available on indies-only coloured vinyl.

We’re offering Two Hands at special pre-sale prices, which won’t be available after release. Click here for more details and to order your copy.