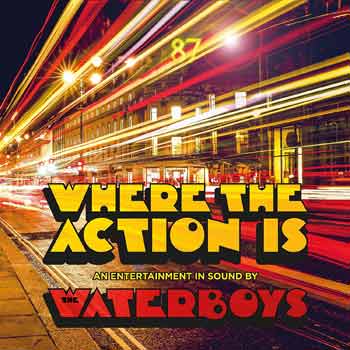 The Waterboys release their new album, Where The Action Is, which follows the acclaimed Out Of All This Blue. With a title inspired by Robert Parker’s 1960s mod / northern soul classic, this 10-song, genre-defying album is a testament to the enduring talents of the band’s founder and frontman, Mike Scott. One of the finest British songwriters of the past four decades, Scott’s songs have been covered and recorded by artists including Prince, Rod Stewart, Tom Jones, Steve Earle, and Ellie Goulding (who had a number three hit with ‘How Long Will I Love You’).

We’re offering Where The Action Is at special pre-sale prices, which won’t be available after release. Click here for more details and to order your copy.