Pre-sale of the week is Invisible Storm by Turin Brakes, out on 26 January. 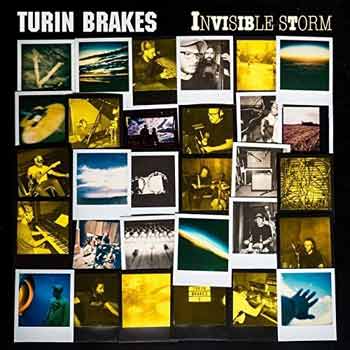 Turin Brakes don’t hang about. After seven studio albums and a million records sold worldwide, they could’ve been excused a bit of downtime … but 2016 saw them return with critically acclaimed album Lost Property, coupled with 18 months touring. But along the way new songs just kept on bubbling through, and the band made a hasty return to the studio to strike while the inspiration was buzzing … no downtime!

The music on Invisible Storm starts as it has since the beginning – with voices and guitars, and evolves outwards from there – the journey ‘Invisible Storm’ takes runs from the acoustic centre of the band’s sound in tracks like ‘Deep Sea Diver’ and ‘Don’t Know Much’, through to the indie-pop groove of ‘Wait’ and ‘Life Forms’ and far beyond into wide-screen space with ‘Would You be Mine and ‘Other Side of the Sun’.

“The idea of an invisible storm came to me as a theme during the end of writing the album,” says Olly Knights. “I’ve always loved the quote ‘everyone you meet is fighting their own war, so be kind’. Invisible Storm comes from that sentiment, that we are all at the mercy of our own internal weather systems despite outward appearances that may paint different pictures.

“The album tries to trace a line between these tense internal struggles and what’s happening outside of ourselves. Perhaps even suggesting a link between the invisible storms of our inner worlds and the outer tensions and social and political storms that seem to be sweeping the world these days.”

We’re offering Invisible Storm at special pre-sale prices, which won’t be available after release. Click here for more details and to order your copy.