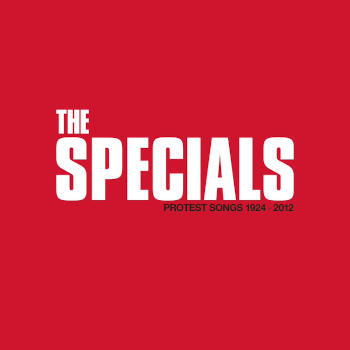 What makes a protest song? The Specials should know. First time around, back when the 70s were lurching into the 80s, they sang of racism, war, unemployment and the rough edges of urban life, and never in the same way twice. As the multiracial flagship of the 2 Tone movement, they made a political statement every time they stepped on stage. June 2021 saw the 40th anniversary of their last and greatest protest song, ‘Ghost Town’, a record that will retain its eerie power as long as there are concrete jungles, empty dancehalls and desperate spasms of violence. independent shops exclusive limited-edition transparent yellow vinyl.

We’re offering Protest Songs 1924–2012 at special pre-sale prices, which won’t be available after release. Click here for more details and to order your copy.