Pre-sales of the week are Schmilco by Wilco, out on 9 September and My Universe by The Shires, out on 7 October. 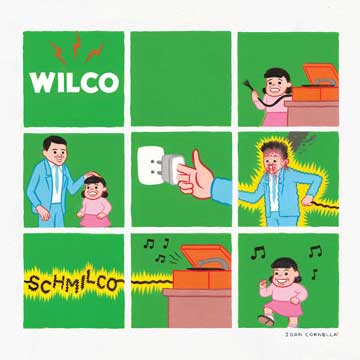 Schmilco, the 10th studio album by the Grammy-award winning Chicago rock band Wilco, features 12 new original songs via the band’s own dBpm Records. Recorded at The Loft in Chicago. Produced by Jeff Tweedy with Tom Schick. Engineered and mixed by Tom Schick with Jeff Tweedy. Mastered by Bob Ludwig at Gateway Mastering, Portland, ME. Original cover arwork by Joan Cornella.

Track Listing: Normal American Kids / If I Ever Was A Child / Cry All Day / Common Sense / Nope / Someone To Lose / Happiness / Quarters / Locator / Shrug and Destroy / We Aren’t The World (Safety Girl) / Just Say Goodbye. 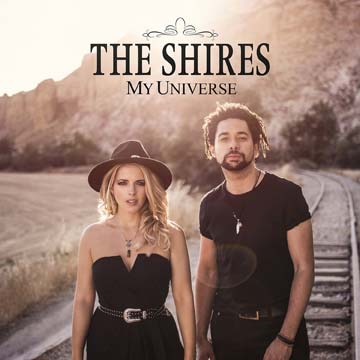 The latest album from UK country superstars The Shires, entitled My Universe, is available now to pre-order.

The opening track, ‘Beats To Your Rhythm’, is a heartfelt but infectious summer smash which will have fans across the UK singing along in seconds, with its handclaps, catchy chorus, stomping drums and rousing backing vocal hook. The entire album showcases The Shires’ trademark beautiful harmonies. These harmonies come naturally to Ben Earle and Crissie Rhodes, who share lead vocals and blend their voices together to perfection.

With the release of their debut album, Brave, The Shires became the biggest-selling country act in the UK in 2015 (including US artists), and one of the biggest-selling breakthrough UK acts of any genre, along with James Bay, Years and Years and Jess Glynn. Ben and Crissie continued to build a huge following among fans and critics alike.

We’re offering Schmilco and My Universe at special pre-release prices, which won’t be available after release. Click on an item for more details and to order your copy.