On to our pick of this week’s new releases. November 2020 marks the 50th Anniversary of the North American release of David Bowie’s The Man Who Sold The World – the beginning of a 10-year collaboration with guitarist Mick Ronson that would produce indispensable albums such as Hunky Dory, Ziggy Stardust and Aladdin Sane, all the way through to 1980’s Scary Monsters. Originally titled Metrobolist, the album’s name was changed at the last minute. The 2020 re-release of the album under its Metrobolist moniker has been remixed by original producer Tony Visconti, with the exception of the track ‘After All’ which Tony considered perfect as is, and is featured in its 2015 remaster incarnation. The Metrobolist 50th anniversary artwork has been created by Mike Weller, the man behind the historically controversial “dress” cover which Mercury Records refused to release.

Wilco’s third album, Summerteeth, arrived in March 1999 to glowing reviews for its daring arrangements, lush harmonies and revealing lyrics. More than 20 years later, the Chicago-based band is expanding one of its best with multiple collections packed with hours of unreleased studio and live recordings. The 4-CD set starts with a brand-new Bob Ludwig remaster of the original album (making its CD debut) along with an entire disc of unreleased studio out-takes, alternate versions and demos that chart the making of the album from songwriting demos to alternate studio arrangements to finished masters. The two remaining discs in the CD version of Summerteeth (Deluxe Edition) feature a previously unissued live show. The 5-LP set features the remastered studio album as well as the unreleased demos, alternates and outtake recordings pressed on 180g vinyl, along with an exclusive performance from early 1999 titled ‘An Unmitigated Disaster’, a previously unreleased live in-store performance at Tower Records on 11 March 1999.

Craig Charles has been a soul and funk fan since his teenage years in Liverpool, going to see local heroes The Real Thing live, and wearing out his shoe leather dancing in the city’s many underground clubs. Craig has been sharing that passion for the music via his 6Music and BBC Radio 2 shows and DJ nights for nearly 20 years. His brand-new Trunk Of Funk compilation series blends up-tempo club classics with fresh music from the cream of the contemporary soul and funk scene, and will be Craig’s very first vinyl release – a beautiful, double-vinyl gatefold LP – and he’s certainly excited about it, stating; “I can’t wait to bring you big beats, bass lines and booga-bloomin-loo! Presenting my first ever vinyl release has put a proper wiggle in my walk!” This collection of 21st-century disco, soul, funk and Afro grooves includes tracks from contemporary heroes of the scene such as Monophonics, Amp Fiddler and The James Taylor Quartet, and is also peppered with some old-school classics and rare grooves from legends such as Roy Ayers, PP Arnold, Miriam Makeba and Patrice Rushen. Craig has personally selected and sequenced this collection to take the listener of a musical journey, the closest thing to having Craig visit and personally DJ for you in the comfort of your own home!

Return To Greendale is the next instalment in Neil Young’s Performance Series and features a concert (audio and on film) from the historic and unique 2003 tour supporting the release of the Neil Young with Crazy Horse album Greendale. On the 2003 tour, Neil Young and Crazy Horse were joined on stage by a large cast of singers and actors to perform the story Neil Young wrote about the small town of Greendale and how a dramatic event affects the people living there. The ten songs from the powerful original album are performed in sequence, with the cast speaking the sung words – adding to the intensity of the performance. The film of the ambitious live show captures the vibrancy of Neil Young and Crazy Horse on stage in a unique multi-media experience. It seamlessly blends together the live performance, the actors portraying each song, with the story occasionally enhanced by scenes from the Greendale – The Movie.

Disco is the first new album from Kylie since 2018’s Golden, which hit number 1 in both the UK and Australia. Collectively, Kylie’s singles have spent over 300 weeks in the Official UK Singles Chart Top 40 and she has sold more than 80 million albums worldwide. Kylie has multiple awards and accolades to her name, including 3 BRIT Awards, 2 MTV Music Awards and a Grammy. Her 2019 Glastonbury performance was the most-watched TV moment in the festival’s history.

Our release of the week is the 15th anniversary reissue of British Sea Power’s majestic second album, Open Season. The expanded reissue includes additional live sessions, B-sides and rarities from the period and extensive new sleeve notes. The double LP format is a one-off pressing, housed in a gatefold sleeve: the first disc on blue vinyl, with the second being a zoetrope picture disc. The majority of the original album was recorded by Mads Bjerke (Spiritualized, Primal Scream, Girls Aloud) and mixed by Bill Price (Sex Pistols, The Clash, Sparks). Two tracks were recorded and mixed by Graham Sutton (The Delays, Bark Psychosis) and Phill Brown (Sly Stone, Led Zeppelin, Talk Talk). If you don’t already know this classic, now is the perfect time to check it out. 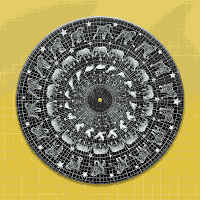 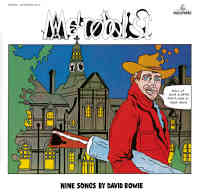 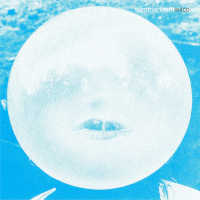 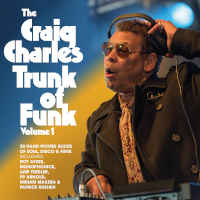 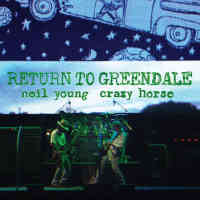