Our pick of 5 March’s new releases starts with William The Conqueror, a band who have paid their dues. Like the sportsman cutting chipped teeth in the lower leagues before shooting to the very top, this band have lugged all the amps, placated the in-house sound guy for an easier life, their nails dirty, their hair unkempt. Enough. Except it’s never enough, because despite the slinky, swampy, razor-sharp, blues-drenched, guitar-thrashed alt.rock songs that form new album Maverick Thinker and suggest that the door is opening for bigger rooms and broader audiences, it’s those sticky basement-bar stages where the songs have always shed a skin and come alive. The record put the three-piece behind the glass at Sound City Studios in LA, treading the same carpet as the likes of Nirvana, Johnny Cash, Neil Young, and Fleetwood Mac, and they might well have inhaled the spirit of them all. William The Conqueror’s protagonist is Ruarri Joseph, a man who knows his way around a melody and a verse. Joseph’s wryness suggests life just ain’t plain sailin’, and he fizzes that sigh and lament into something that breathes heavy with heart and with soul.

“It’s about hopelessness and darkness,” says Aidan Moffat. “But in a fun way.” The Arab Strap frontman is speaking about As Days Get Dark, the band’s 7th studio album and their first since 2005’s The Last Romance. The band’s exciting return saw the much-lauded single ‘The Turning of Our Bones’ achieve Record of the Week on Jo Whiley’s BBC Radio 2 show and hit the B-list on BBC 6Music. The new album will appeal to long-time fans and pick up new ones who weren’t ready for Arab Strap first time round!

Evering Road marks a bold and exciting new chapter for Tom Grennan, blasting back with an album shot through with raw emotion and searing honesty. Named after the East London street on which Tom lived with his then-girlfriend, it’s a hub of love, heartbreak and redemption. The album features the single ‘This Is The Place’, the soulful, introspective ‘Oh Please’ and ‘Amen’, a gospel-inspired awakening as Tom roars, ‘I don’t go to church, but Amen!’

Flock is the record that Jane Weaver always wanted to make – the most genuine version of herself, complete with unpretentious day-glo pop sensibilities, wit, kindness, humour and glamour. A consciously positive vision for negative times, a brooding and ethereal creation. The album features an untested new fusion of seemingly unrelated compounds fused into an eco-friendly hum; pop music for post-new-normal times. Created from elements that should never date, this is pop music reinvented. Still prevalent are the cosmic sounds, but Flock is a natural rebellion against her recent releases which sees her move decisively away from conceptual roots in favour of writing pop music, albeit pop produced on a complicated diet of bygone Lebanese torch songs, 1980s Russian aerobics records and Australian punk.

Our release of the week is Topaz, the latest from Israel Nash. “Music can be the space where people think – even just for a few minutes,” he says. “The space is not about changing their lives or political views or their party ticket. It’s about creating something that prompts reflection in a moment – and those reflections have other chain reactions.” Nash is sitting outside in the sun, thinking. It’s something he does often, looking out over endless Texas hills that surround his family’s rural home. He’s thought a lot over the last several years about music – not only how to make it, but why. What is the endgame for Nash, a critically acclaimed rock-and-roll groovesman, personally? Nash’s magnificent new album, Topaz, is what happened when he found his answers. Nash recorded the album over the course of about a year in the Quonset hut studio he built about 600 feet from his house in the Texas Hill Country. While musician friends from nearby Austin contributed to the project, Topaz marks the first album Nash has recorded mostly on his own, both taking his time and relishing his newfound access to immediacy, punching the red button moments after an idea hit. “It’s allowed me to capture sounds and ideas, to really get stuff out of my head and into the world so quickly,” Nash says. 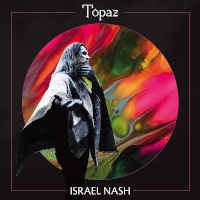 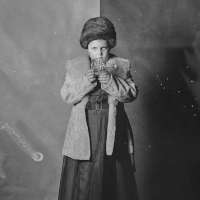 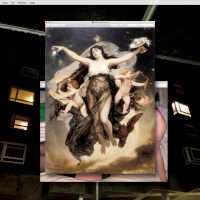 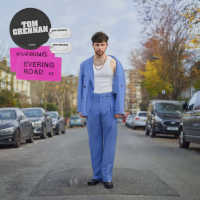 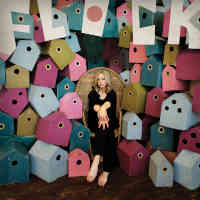 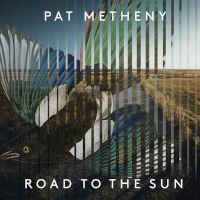