Our pick of the bunch for 5 February starts with Shore is a celebration of life in the face of death, honouring Fleet Foxes’ lost musical heroes, from David Berman to John Prine to Judee Sill to Bill Withers. It’s an object levitating between the magnetic fields of the past and the future. The album was recorded in upstate New York at Aaron Dessner’s Long Pond Studio, in Paris at Studios St. Germain, in Los Angeles at the legendary Vox, in Long Island City at Diamond Mine, and New York City’s Electric Lady.

Recorded by Black Country, New Road with Andy Savours (My Bloody Valentine) during the early part of this year and then finished at the end of the nationwide lock-down, For The First Time is the perfect capturing of a new band and all the energy, ferocity and explosive charge that comes with that whilst also clearly the work of a group who have no interest in repetition, one-note approaches or letting creative stagnation set in. Featuring six new songs including reinterpretations of early tracks ‘Sunglasses’ and ‘Athens, France’, For The First Time is a sonic time capsule that somehow manages to bottle the past, the present and the future. “We wanted it to sound exactly how we love to sound live,” says saxophonist Lewis Evans. “This is basically representative of our first 18 months,” continues frontman Isaac Wood. Indeed the band found they had to stop themselves running too far ahead in order to document this album in a way that felt as truthful as possible. We see this as being a stop in the road,” explains Isaac. “I’ve always been interested in a really honest portrayal of what a band is and what they’ve been working on. I think it’s really nice if people can see an artist like: this was them in the early days, this was their next phase and that they’re quite clear and honest about genuine progression as people and musicians.”

Good Woman, the first new album in six years from The Staves – sisters Emily, Jessica and Camilla Staveley-Taylor – was written and recorded in a time of tremendous turmoil and change for the band, between the ending of relationships, the death of their beloved mother, and the birth of Emily’s first child. Produced by John Congleton, the album is a testament to the strength of women; to sisters, mothers, and daughters; to love, loss, and change; and to trying to be a good woman. The band explains: “When we think about making this album we think about moments and snapshots of all the different contexts we were in as it was made. Living in each other’s pockets and then living with oceans between us. We think of homesickness and family. Of being an outsider. Of endless notebooks and scraps of paper. We think of love. Big, big love. Our Mum. Our Dad. Our friends. And of loss. Death and birth. Womanhood, motherhood. Sisterhood. And coming home.”

An f-bomb-saturated hip-hop call and response club cut … from Sun Ra?! While the most renowned track in this omniversal opus is the atomic expletive-filled repartee ‘Nuclear War,’ there is so much more to this dark mysterious journey through the mind of Sun Ra. The sprawling, suite-like 20-minute title track sustains a lyrical edge in spite of an open framework and textures, which encourage sonorities to surface and emerge from the band as if there was no human intention behind them. In opposition to ‘Nuclear War,’ Ra’s organ playing here was built less on bombast and sonic terror than it is on whispers, stutters, shivers, and swells. A Fireside Chat With Lucifer offers a wide stylistic array, as was the artist’s intent, reflecting his eclectic, seemingly irreconcilable approach to compositional extremes. With Sun Ra you get everything… except predictability. This is the first ever reissue of this iconic album!

Much has changed in the musical life of renowned composer and director John Carpenter since 2016’s Lost Themes II. Following the release of that album, he went on his first-ever concert tour, performing material from the Lost Themes albums as well as music from his classic film scores. He re-recorded many of those classic movie themes for 2017’s Anthology, working alongside son Cody Carpenter and godson Daniel Davies. The following year, he was asked to executive produce and compose the music for the new Halloween movie directed by David Gordon Green, which promptly became the highest-grossing instalment in the series. Now, he returns with his first album of non-soundtrack music in nearly five years, Lost Themes III: Alive After Death.

Our release of the week is Medicine At Midnight, the new album from Foo Fighters, which packs nine new songs into a tight-ass 37 minutes. This collection includes the smouldering new single ‘Shame Shame’. Medicine At Midnight is the band’s 10th album, and was produced by Greg Kurstin and Foo Fighters. Foo Fighters are Dave Grohl, Taylor Hawkins, Nate Mendel, Chris Shiflett, Pat Smear, and Rami Jaffee. 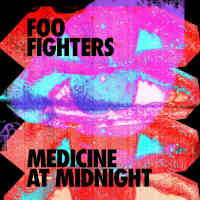 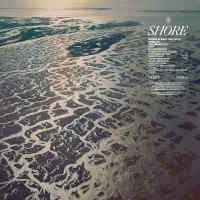 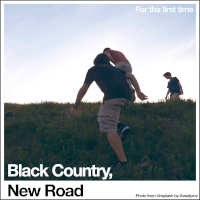 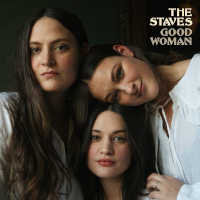 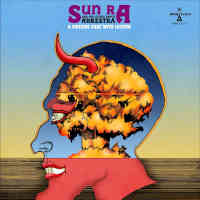 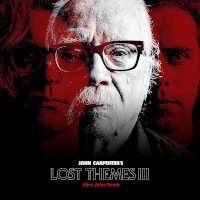