We kick off this week’s recommendations with Khruangbin, a group that has always been multilingual, weaving far-flung musical languages like East Asian surf-rock, Persian funk and Jamaican dub into mellifluous harmony. But on their third album, they’re finally speaking out loud. Mordechai features vocals prominently on nearly every song, a first for the mostly instrumental band. It’s a shift that rewards the risk, reorienting Khruangbin’s transportive sound toward a new sense of emotional directness, without losing the spirit of nomadic wandering that’s always defined it. And it all started with them coming home. In those years away from home, Khruangbin’s members often felt like they were swimming underwater, unsure of where they were going, or why they were going there. But Mordechai leads them gently back to the surface, allowing them to take a breath, look around, and find themselves again. It’s a snapshot taken along a larger journey – a moment all the more beautiful for its impermanence. And it’s a memory to revisit again and again, speaking to us now more clearly than ever.

This ten-track Monovision is the eighth studio album from Grammy Award-winning artist Ray LaMontagne and finds him in the multiple roles of songwriter, singer, producer and engineer, as well as performing all the instruments. The first songs to be released as singles from Monovision are ‘We’ll Make It Through’ and ‘Strong Enough’. Ray LaMontagne’s albums display an artist who continues to push himself in different directions, yet with a unique signature sound that could only be his.

Women In Music Pt. III is the third studio album by American band Haim, and was produced by Danielle Haim, Rostam Batmanglij and Ariel Rechtshaid. Standout tracks include ‘The Steps’, which pushes guitar to the fore in a way the band has not done before: clean, chorused electric guitar, overdriven lead lines and strummed acoustic 12-strings lock in together to generate what feels like an endless chug. The result is one of Haim’s fastest and heaviest songs to date. The breezy and beautiful ‘Summer Girl’, poignant reflective ballad ‘Hallelujah’ and emotionally charged ‘Now I’m In It’ are all gems.

Living In A Ghost Town is a new song from The Rolling Stones, written by Mick Jagger and Keith Richards, that was created and recorded in Los Angeles, London and in isolation. Mick Jagger says: ‘So the Stones were in the studio recording some new material before the lockdown and there was one song we thought would resonate through the times that we’re living in right now. We’ve worked on it in isolation. And here it is – it’s called Living In A Ghost Town – I hope you like it’. Keith Richards: ‘So, let’s cut a long story short. We cut this track well over a year ago in L.A. for part of a new album, an ongoing thing, and then shit hit the fan Mick and I decided this one really needed to go to work right now and so here you have it, Living In A Ghost Town. Stay safe!’ Charlie Watts: ‘I enjoyed working on this track. I think it captures a mood and I hope people who listen to it will agree.’ Ronnie Wood: ‘Thanks so much for all your messages these past few weeks, it means so much to us that you enjoy the music. So we have a brand new track for you, we hope you enjoy it. It has a haunting melody, it’s called Living In A Ghost Town.’

Our release of the week comes from Nadine Shah, who brings the same ferocious determination and distinct voice heard on her Mercury Prize-nominated 2017 album Holiday Destination to matters closer to home with Kitchen Sink, an album that explores her own story as a woman in her 30s and the societal pressures and expectations that come with that. Jovial and playful at times, unblinkingly daring at others, Kitchen Sink bursts with Shah’s winning personality while simultaneously refusing to compromise on the social commentary that she continues to deliver so fearlessly. 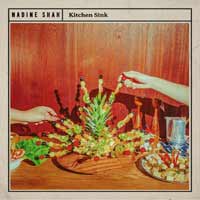 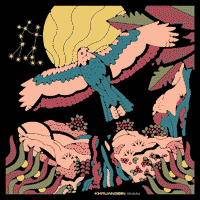 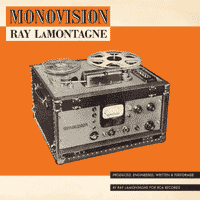 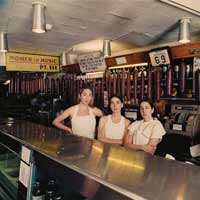 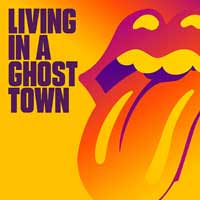