We kick off a busy week of releases on 26 February with For Those That Wish To Exist, the ninth studio album from England-based post-metalcore quintet Architects. The self-produced record arrives as the follow-up to the band’s critically acclaimed 2018 release Holy Hell, which took a look at the pain and despair that lay at the heart of losing a brother, bandmate, and best friend in Tom Searle, the group’s founding guitarist. On For Those That Wish To Exist, Architects examine the part we are all playing in the world’s slow destruction, and tackle the biggest questions facing the future of our planet. The record’s 15-tracks hang in a limbo between energising positivity that it is not too late to correct our collective course, and a paralysing negativity of defeatism; where hope and despondency are bed-fellows triggered daily by the simple act of existence. A reflection of human condition, For Those That Wish To Exist calls for all of us to rise to challenge established models and strive for a collective betterment. This album was me looking at our inability to change to a way of life that would sustain the human race and save the planet,” summarises principal songwriter Dan Searle. “I wanted to look in the mirror and ask ourselves the question of what are going to do, as opposed to trying to point the finger at politicians. Change has to start on a personal level. The world has developed a culture of wanting someone else to deal with it, when we need to take our own responsibility. It has to start there.”

With the whole concert culture being shut down due to Covid-19, Alice Cooper felt the need to share one of his latest shows with his fans as he cannot wait to get back on the road – better than ever. The DVD and Blu-ray will show the incredible live performance “A Paranormal Evening At The Olympia Paris” for the first time on video. Named for the city that launched the original Alice Cooper group on the road to success, Detroit Stories follows last year’s Breadcrumbs EP as a modern-day homage to the toughest and craziest rock ’n’ roll scene there ever was. 50 years after founding the band with fledgling producer Bob Ezrin in 1970, they gathered some legendary Detroit musicians in a Detroit studio to record Detroit Stories, a album that celebrates that spirit for a new era. If 2019’s Breadcrumbs EP laid down the trail to the city, Detroit Stories drives like a muscle car right down Woodward Ave. Discover Detroit Stories as they were meant to be told.

What is the utility of pain? Can it do anything but fester? In Ferneaux explores pain in motion, building audio-spatial chambers of experience and memory. Using an archive of field recordings from a decade of global travels, isolation gave Blanck Mass an opportunity to make connections in a moment when being together is impossible. The record is divided into two long-form journeys that gather the memories of being with now-distant others through the composition of a nostalgic travelogue. The journeys are haunted with the vestiges of voices, places, and sensations. These scenes alternate with the building up and releasing of great aural tension, intensities that emerge from the trauma of a personal grieving process which has perhaps embraced its rage moment.

It has been twelve months since singer-songwriter Lucy Spraggan chose to go sober, and life has changed a lot. In fact, the present day Lucy Spraggan is, in a multitude of ways, unrecognisable from the person of yesteryear. Control – both relinquishing it and taking it back – plus rediscovering oneself, is a recurring theme of the past year and Spraggan’s forthcoming album, Choices. Aptly named, the songs that comprise the collection offer insight and introspection that saw her let go of alcohol, embrace exercise and a healthier lifestyle, move onwards through a divorce and find solace in its wake. Needless to say, it may have been necessary, but it was by no means easy. In conclusion, “it’s really just been an enlightening thing.”

This is the vinyl reissue many PJ Harvey fans have long been waiting for! Her fifth studio album, Stories From The City, Stories From The Sea, was produced by PJ Harvey with Rob Ellis and Mick Harvey, and originally released in October 2000 andfeatures the singles ‘Good Fortune’, ‘A Place Called Home’ and ‘This Is Love’ and includes a duet with Radiohead’s Thom Yorke on ‘This Mess We’re In’. The album won the Mercury Music Prize in 2001. The reissue is faithful to the original recording and package, and was cut by Jason Mitchell at Loud Mastering under the guidance of longtime PJ Harvey producer Head. The accompanying collection of unreleased demos of every track written for album features brand-new artwork with previously unseen photos by Maria Mochnacz.

Lost Horizons’ new album, In Quiet Moments, features a stellar array of musical guests including John Grant, C Duncan, Marissa Nadler, Porridge Radio, Penelope Isles, Karen Peris (the innocence mission), Tim Smith (Midlake), Ren Harvieu and many more. Simon Raymonde and Richie Thomas had both abstained from making music for 20 years until they united in 2017 as Lost Horizons and released a stunning debut album, Ojalá – the Spanish word for ‘hopefully’ or ‘God willing’. “These days, we need hope more than ever, for a better world.” Thomas said at the time. “And this album has given me a lot of hope. To reconnect with music … And the hope for another Lost Horizons record!” Thomas’ hopes had a mixed response. On the plus side, the new Lost Horizons album In Quiet Moments is an even stronger successor to Ojalá with another distinguished cast of guest singers and a handful of supporting instrumentalists embellishing the core duo’s gorgeously free-flowing and loose-limbed blueprint that one writer astutely labelled, “melancholy-delia.”

A Winged Victory For The Sullen, the collaboration between Stars Of The Lid founder Adam Wiltzie and LA-based composer Dustin O’Halloran, are set to release new album Invisible Cities, the stunning score to the critically acclaimed theatre production directed by London Olympics ceremony video designer Leo Warner. Transformed into 45 minutes of breathtaking beauty, Invisible Cities opens with the numinous ‘So That The City Can Begin To Exist’, as Wiltzie and O’Halloran draw breath from distinctively enthralling and vastly expansive worlds. The ominous soundscapes of ‘The Dead Outnumber The Living’ contrast with the new beginnings that are presented in ‘Every Solstice & Equinox’, while the jagged and uneasy ‘Thirteenth Century Travelogue’ is one of tension and dread. Elsewhere, ‘The Divided City’ captivates and intrigues while ‘Only Strings and Their Supports Remain’ and ‘There Is One Of Which You Never Speak’ are bold roars for survival before the choral ambience of ‘Desires Are Already Memories’ and piercing drones of ‘Total Perspective Vortex’ bring down the curtain on a spectacular and incredibly emotive body of work.

Our release of the week is an album of our times. Newcastle band Maxïmo Park return with their seventh record Nature Always Wins. The album arrives as something of an examination, zeroing in on the notion of the self, identity as a band, and that of humanity as a whole. The album’s title nods to the famous Nature vs Nurture debate. Discussing whether change is capable under the influence of time, perspective and environment, or if we are destined to be bound by our own genetics, it asks: “who are we, and who do we want to be, and do we have any control over it?” I’m so happy we were able to make this album during lockdown, as it’s been a challenging time for everyone. After almost 4 years since Risk To Exist, we wanted to explore new musical territory (for us) without sacrificing our trademark melodic twists and heartfelt lyrics. As always, the passing of time looms large, although the songs contain more affection for the past than before, and there are occasional hints of the fractious, divided time that we live in.” – frontman Paul Smith. 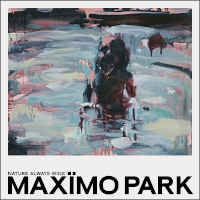 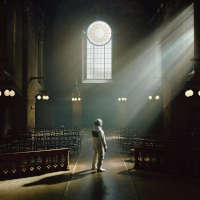 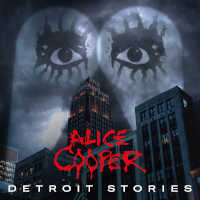 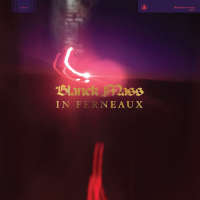 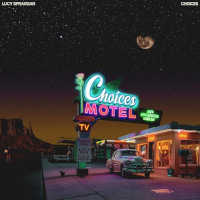 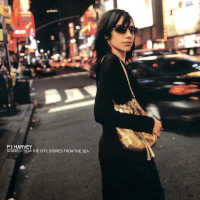 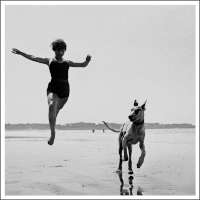 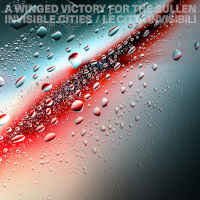