Our six crackers for this week start with Nocturne – The Piano Album, a soothing collection of solo piano pieces by Vangelis, recorded in his inimitable style. The album features 11 new tracks as well as brand-new versions of iconic hits ‘Chariots of Fire’ and the ‘Love Theme’ from Blade Runner. Nocturne is Vangelis’s first new album in two years, and the first time he has recorded himself playing a grand piano. It includes a host of new piano compositions inspired by night-time and his long-held passion for space. This is guaranteed to relax us all at a fraught time!

American blues-rock maestros Rival Sons release their sixth album, Feral Roots. Singer Jay Buchanan said of the forthcoming LP: “The primal intensity reflects a certain unrest at the heart of the album. With its nuanced explorations of both the wild and domestic struggles of love and truth, the album ultimately argues for pushing beyond pure survival instincts and striving for something more exalted: to reclaim a long diluted genre through a galvanizing return to form.” I’m not sure exactly what that means, but the album is great!

Hot on the heels of their acclaimed 2016 album Bounce, The Beat featuring Ranking Roger release a brand-new album, Public Confidential. This will delight all 2-Tone fans, who had to wait more than 30 years after 1982’s Special Beat Service for a new album by the band. Public Confidential continues to showcase the band at their joyful skanking best with 10 brand-new songs. The whole album is chock-full of catchy, bass-led reggae ska tunes pointing the finger at the mess of current politics.

Shimmer Into Nature is the debut solo album by Ed Wynne, psychedelic visionary and founder of the legendary Ozric Tentacles. Wynne is undoubtedly a gifted instrumentalist, a prodigal symphonist and one of the UK’s most influential musicians. He is credited as one of the lynchpins of the re-emergence of the UK festival scene with Ozric Tentacles, who formed at Stonehenge Free Festival 1983 and became staples of the Glastonbury Festival, with their most recent performance at Glastonbury in 2016 on the Glade stage. With an incredible flair for creating masterful tapestries of sound, his debut solo album will be quick to take a hold on fans of psychedelic synth and rock music. Shimmer Into Nature was recorded and inspired by the different locations to which Ed travelled over three years, from deep in the Colorado Mountains, to the coastlines of Cornwall and South Devon, before being completed on Scotland’s east coast by the Firth of Forth.

Our release of the week is At The Edge Of Light, the latest album from legendary former Genesis guitarist Steve Hackett, which follows the tremendous success of 2017’s The Night Siren. The album features ten songs, over the course of which Steve unites a vast number of styles ranging from guitar-driven rock to epic orchestration, from world music to the reflective and atmospheric, all brought together in his unique style. 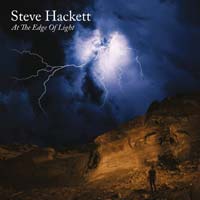 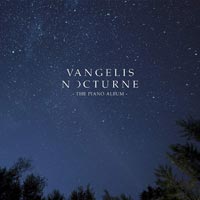 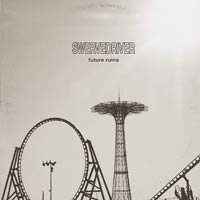 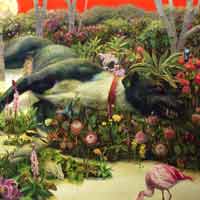 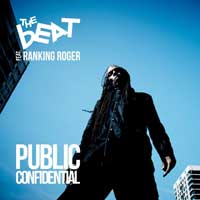 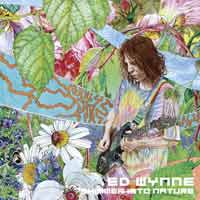