The cream of 12 February’s crop starts with Tyron is a tale of two halves exposing human complexity. Just as with the narrative of slowthai’s own life, there are always two sides to every story. Side one re-introduces us to the classic hubris, machismo, and braggadocio typical of rap music. Side two takes what you thought you knew about slowthai and flips on its head. ‘Feel Away’ and ‘NHS’ go some way to dipping a toe inside the complexities of his mind, but delve deeper and you’ll be left with a clearer understanding of who he truly is. Honesty is paramount as ultimately Ty wants listeners to know that “it’s OK to be yourself”. Tyron was formed against the backdrop of an unforgiving climate where judgement, shaming and underdeveloped and simplistic conceptions of other people are fashionable. Instead of succumbing to such simplicity, Tyron presents an artist who is unabashedly complicated and willing to explore themes of loneliness, identity, self-acceptance, and the difficulties in becoming an individual. Unlike the political overtone of slowthai’s debut album, Nothing Great About Britain, which took listeners on a journey through slowthai’s turbulent upbringing and his stance on British life, Tyron is a melodic dive through the expansive landscape of his feelings. His ability to bear his imperfections and contradictions makes Tyron an album that is the antithesis of a culture of purity. A resistance to the rising tide of moral one-upmanship and the pervasive self-righteousness that blinds us to our own fallibility.

Who Am I? is the second album from indie-pop icons Pale Waves. Recorded in Los Angeles over early 2020 with Rich Costey (Muse, Biffy Clyro, Sigur R – s), and led by the unabashedly huge lead single ‘Change’, it finds the Manchester band stepping up once more, fulfilling the promise of their widely lauded debut album and striding towards pop megastardom.

Over the course of their extraordinarily accomplished discography to date, Django Django have constantly headed left where others have gone right. Described by the Guardian as “capable of making music that sounds close to perfection,” they are known for their genre defying eclectic sound and their new album, Glowing In The Dark, heralds once again the beginning of a thrilling new era for the band. Glowing In The Dark has a running theme of escape: from despair, from constraints, from small town life, and even, in dreams, from the Earth. The brilliant title track and new single, for instance, soars gloriously towards the stratosphere. A track built around a sample from one of Dave Maclean’s spoken word records then plushly upholstered with Moog synths and drum loops, it is accompanied by some eye strobing visuals from rapidly ascending NYC artist and illustrator Braulio Amado.

In case anyone needs reminding what a great band they were, The White Stripes release the first-ever official anthology of their work. This is an essential career-spanning collection from the iconic rock duo, Jack and Meg White, highlighting 26 peak performances. From late-90s flashes of brilliance through early-2000s underground anthems, masterful MTV Moon Man moments, Grammy-grabbing greatness and worldwide stadium chants, the songs here are as wide-ranging as you can imagine. In an era of streaming where the idea of a ‘greatest hits’ album may seem irrelevant – that an act’s most streamed songs are considered their de facto ‘hits’ – we wholeheartedly believe that great bands deserve ‘greatest hits’ and that a large part of Third Man Records’ and The White Stripes’ successes have been built on zigging when the rest of the music business is zagging. Thus, for a great band with great fans, a Greatest Hits compilation for The White Stripes is not only appropriate but absolutely necessary.

Stage Fright is the third studio album by Canadian-American group The Band, released on August 17, 1970. Engineered by Todd Rundgren and Glyn Johns, it features two of the group’s best-known songs, ‘The Shape I’m In’ and ‘Stage Fright’, both of which showcased inspired lead vocal performances (by Richard Manuel and Rick Danko, respectively) and became staples in the group’s live shows. This 50th anniversary reissue presents the tracks in a different running order – apparently the originally intended order – in a fresh stereo mix by Bob Clearmountain. Alternate mixes of ‘Strawberry Wine’ and ‘Sleeping’ are issued for the first time and also included are seven unearthed ‘field recordings’. These Calgary Hotel Recordings from 1970 offer a fun and loose, impromptu late-night hotel jam session between Robbie Robertson, Rick Danko and Richard Manuel of several Stage Fright songs recorded while the album was in the mixing stage.

Our release of the week is OK Human from Weezer. So 2020 was going to be the year of Van Weezer – the big riffs rock album Weezer made as an homage to the metal bands they loved growing up – until, thanks to the global pandemic, it suddenly wasn’t. The entire time, however, frontman Rivers Cuomo was busy at the piano, writing a very different album that referenced another vital musical touchstone of his youth: The Beach Boys’ Pet Sounds. OK Human is also packed to the brim with some of the best, most personal songs Cuomo has written in the last decade, all of which shine brighter and bolder with splashes of string and horn arrangements courtesy of album producer Jake Sinclair and arranger Rob Mathes. It’s hard to imagine any other band who came up in the alt haze of the 90s creating a simply perfect orchestral pop album, but that is exactly what Weezer’s done; OK Human is a testament to the excellent, enduring melodies Cuomo has written since Weezer’s inception, and the ones he continues to write today. 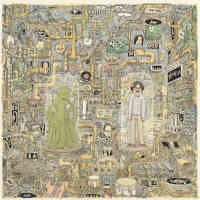 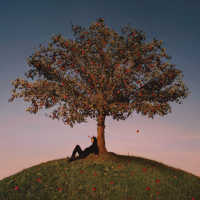 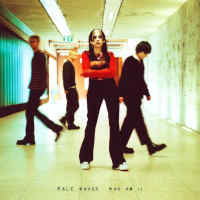 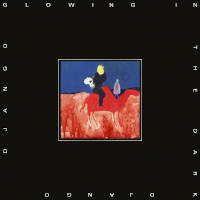 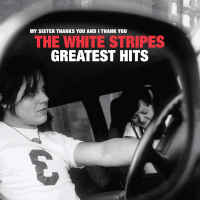 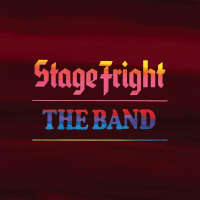