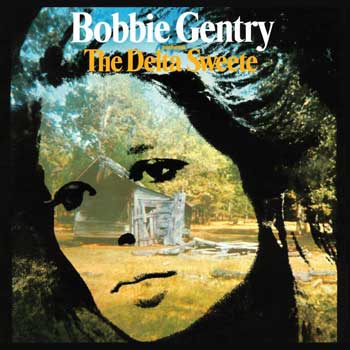 The Delta Sweete is the second studio album by Bobbie Gentry: a concept album inspired by her Mississippi childhood, it was originally released on 5th February 1968. It is Gentry’s most critically acclaimed album and has not been pressed in the UK or US since 1972. Interest in the album is at a high after Uncut recently placed it 4th in their ‘Ultimate Genre Guide’ to the best singer-songwriter albums of all time.

This 2-CD / 2-LP reissue will feature the original album newly mixed and mastered from multi-tracks by Andrew Batt, and is supplemented by out-takes and demos, featuring two previously unreleased tracks. The CD edition also features the original mono release of the album which has not appeared on CD before. Sleeve notes are supplied by Andrew, and are illustrated with unseen images from the Capitol archive.

We’re offering The Delta Sweete at special pre-sale prices, which won’t be available after release. Click here for more details and to order your copy.