Pre-sale of the week is Gigaton by Pearl Jam, out on 27 March. 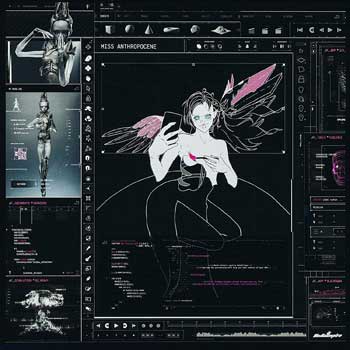 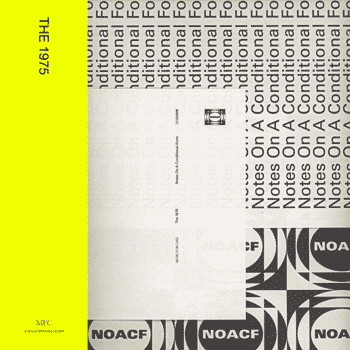 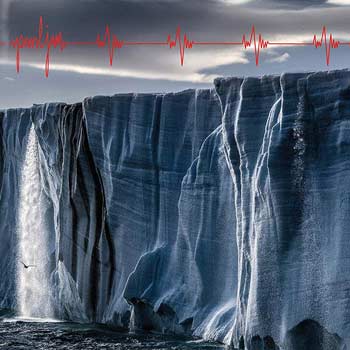 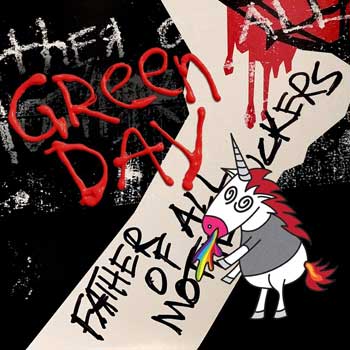 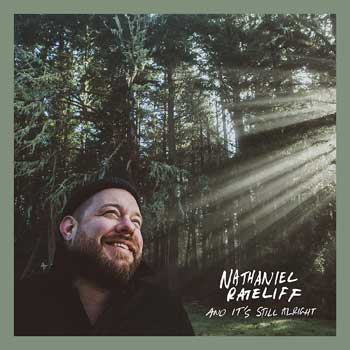 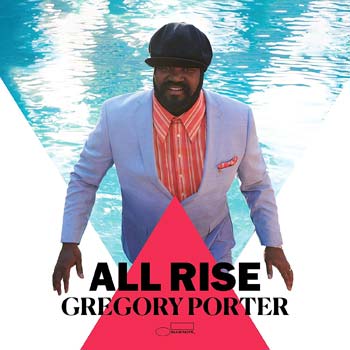 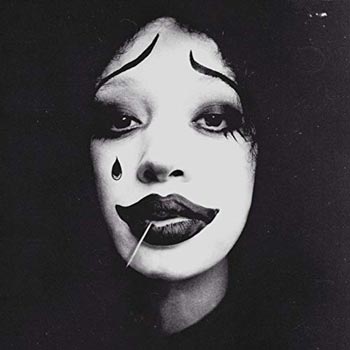 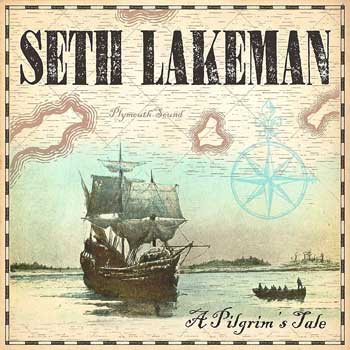 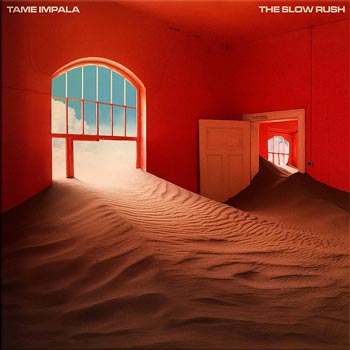 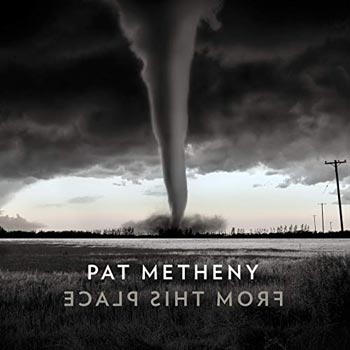 There are some great releases coming out on 26 February. First, Emitt Rhodes returns with his first album for 40 years, and its a triumph! Look him up if you’re not familiar with his story. Bonnie Raitt releases Dig In Deep, which is a gutsy blues-rock follow-up to her Grammy-winning Slipstream, noisy Australian hard rockers Hands Like Houses offer up Dissonants, thrash legends Anthrax release For All Kings and, completing a triumvirate of the heavy stuff this week, Magnum offer the dynamic Sacred Blood “Divine” Lies. If you like a bit of blues rock, Supersonic Blues Machine’s West of Flushing, South of Frisco is for you; it features a truly stellar cast list of guitar greats. Mancunian alt-rockers The 1975 follow up their self-titled platinum seller with I Like It When You Sleep, For You Are So Beautiful Yet Unaware Of It, an early contender for longest title of the year! Album of the week is Steve Mason’s Meet the Humans, which is chock-full of love, hope and joy, and you can’t get a better recommendation than that.

First up for 19 February are The Fall with their latest: if you haven’t heard them, do try it. Wolfmother return with their third hard-rocking album. On a completely different note the legendary Mavis Staples releases a fine album called Livin’ on a High Note. For those of you whose memory goes back to Transvision Vamp, Wendy James offers us her second album, Price of the Ticket. Animal Collective return at last with Painting With, which has been perfectly described as dizzyingly upbeat and gloriously realised. Miranda Sykes & Rex Peterson’s The Watchmaker’s Wife delivers a reflective, powerful and moving collection of tales of love and loss. Submotion Orchestra realise the promise of their live performances with Colour Theory. Release of the week is Diana Jones Live In Concert, which manages to showcase both her astonishing voice and incandescent songwriting.

There are some unusual and fine releases for 12 February: Freakwater’s Scheherazade is neither folk, bluegrass or blues but somehow a mix of all three; Rokia Traoré’s beautiful Né So (‘Home’) is a great introduction to world music if you haven’t yet dipped your toe in that water; Fay Hield has produced a captivating, compelling album in Old Adam, Gazpacho’s debut gets a welcome reissue from the home of prog, Kscope; the Tedeschi Trucks Band continue to plough their singular blues/soul/rock furrow to great effect. You may not have heard of The White Buffalo, but if you watch ‘Sons of Anarchy’, you know his music! Vince Gill also brings us the magnificently titled Down to My Last Bad Habit. Release of the week is Dying Surfer Meets His Maker by All Them Witches, which builds and builds into I don’t know what, except that I love it!

5 February sees the return of the indefatigable Cult with their latest, Hidden City. Elton John provides us with his 33rd – yes that’s right, 33rd – studio album, Wonderful, Crazy, Night. James Hunter has conjured up a compelling slice of old-school R&B in Hold On, Field Music return with their fifth album, and their first in 4 years, Commontime, GoGo Penguin deliver their usual eclectic mix of electronica done acoustically, which makes no sense until you listen to it. Bert Jansch’s much loved Avocet gets a welcome reissue in CD and vinyl formats, and local singer-songwriter Foxes releases her second full-length, All I Need. My release of the week is the wonderfully named The I Don’t Cares, comprising Paul Westerberg of Replacements fame and Juliana Hatfield, with some pretty damn sharp song writing on Wild Stab.

Among the new releases for 29 January are: The Essential Gretchen Peters, a beguiling mixture of her best for the uninitiated and rarities for the fans; iconic prog band Dream Theater’s 2-CD / 4-LP set The Astonishing – that most prog of things, a concept album; and psych darlings Night Beats’ fuzz- and reverb-laden latest, Who Sold My Generation. Runrig’s final album, The Story, is worth a listen; Turin Brakes return with Lost Property, which sounds as you would expect it to; Southampton quintet Bury Tomorrow’s new album Earthbound will cement their burgeoning metal rep; and Thunder bring a 2-CD + DVD set documenting the story of Wonder Days that delivers as only Thunder can.

Release of the week is Bloc Party’s Hymns, a worthwhile departure from their previous sound.

There is a fine batch of releases due 22 January and it was tough to pick out the best. Dystopia, the new album from thrashmeisters Megadeth, is main man Dave Mustaine’s view of civilization. Fat White Family’s Songs For Our Mothers is described perfectly as an invitation, sent by misery, to dance to the beat of human hatred! Aoife O’Donavan’s In the Magic Hour is a aching exploration of memory and mortality. Night Thoughts is the first time that Suede have used a full string section, and it perfectly suits their mix of grandiose ballads and rock songs. We have a special pre-release price on Shearwater’s new album, Jet Plane and Oxbow. The Waiting Room is the most ambitious, diverse and elaborate album you’ll have heard from Tindersticks. The second album from Savages arrives displaying songwriting maturity mixed with their debut’s fury, Steven Wilson’s 4 ½ is a ambitious effort for an ‘interim’ album. However our album of the week is Lucinda Williams’ Ghost of Highway 20, an astonishing elegiac piece of work that will carry you away to the deep South on first listen, give it a try!

15 January brings a new album from the hardest-working man in show-business, Paul Carrack, and a fine new release from bewilderingly talented multi-instrumentalists Show of Hands. All Them Witches’s bluesy Southern swagger on Lightning at the Door is reminiscent of The Temperance Movement. Luxury Soul 2016 is a great way to introduce yourself to the best of new soul across three CDs, all for the price of one. Both John Moreland and Sam Outlaw grace us with two fine singer-songwriter albums firmly rooted in the Americana tradition. Baaba Maal’s latest is an exciting mix of Senalagese rhythms and electronic music. My album of the week is, however, Dylan LeBlanc’s Cautionary Tale, which resists pigeon-holing into a genre but deserves a listen from music lovers.

While the normal release cycle hasn’t yet kicked back into action since Christmas, 8 January sees the release of David Bowie’s latest album, ★ (‘Blackstar’), released to coincide with David’s 69th birthday. And we’re offering it at a special reduced price before the release date, so get your order in now!