Kicking off this week’s peaches is How Do You Burn?, the ninth studio album from The Afghan Whigs, which finds the band in peak form and making the most thrilling music of their lives. The album is virile, ready for action, and frontman Greg Dulli is as swaggering, enigmatic and darkly charismatic as ever, and singing up a storm. The album reaches corners of sound that, twenty-six years after the band’s inception, take them to an apex.

Following two huge Top 10 records and sold-out shows across the globe, The Amazons – one of the UK’s most exciting bands – release their stratospheric, anthem-packed new album, How Will I Know If Heaven Will Find Me?. The album was inspired largely by the long-distance relationship Matt Thomson has been in over the last couple years and, more specifically, the 7 months spent apart in 2020, and the songs that went on to make up this record were originally only to be shared with his girlfriend. Writing and sharing music became a way for him to feel that he retained some power to bridge the distance between them.

London-based duo Jockstrap (Georgia Ellery and Taylor Skye) release their hotly anticipated debut full-length record, I Love You Jennifer B. They previously hinted at the record’s impending release with their previous singles ‘50/50’ and ‘Concrete Over Water’, both of which were playlisted by BBC Radio 6 Music and were the subject of universal acclaim in the national and international press. Ellery and Skye have said about the album: “I Love You Jennifer B is a collection of Jockstrap tracks that have been 3 years in the making. Everything on it is pretty singular sounding so we hope there is a track on there for everyone and something that speaks to you and says ‘I’m a banger.’”

Over the past few years, Grammy-nominated Scottish musician KT Tunstall has expanded on her musical selves by focusing on a trilogy of records, each of which zeroes in on a single concept: soul, body and mind. The first, 2016’s KIN, was the ‘soul’ record; 2018’s WAX was the ‘body’ record, and the new NUT is the ‘mind’ record. KT says of the new album: “It was necessary in the circumstances to make NUT completely differently from any other record I’ve made. But I was excited and ready for that. The reason I pursued music was because I had to avoid a repetitive job. I need to feel a constant sense of exploration in life. I’ve realised you can easily fall into repetition even in this job. And so for NUT, I was like, ‘Come on, let’s do what we said we were going to do. Let’s push into something new.’ What’s always most important is making an exciting, meaningful record that I love, and to have fun while I’m doing it.”

Like the many banded stilts that spread across the cover of her new album, Flood, Stella Donnelly is wading into uncharted territory. Here she finds herself discovering who she is as an artist among the flock, and how abundant one individual can be. Flood is Donnelly’s record of this rediscovery: the product of months of risky experimentation, hard moments of introspection and a lot of moving around. Donnelly’s early reflections on the relationship between the individual and the many can be traced back to her time in the rainforests of Bellingen, where she took to birdwatching as both a hobby and an escape in a border-restricted world. By paying closer attention to the natural world around her, Donnelly recalls, “I was able to lose that feeling of anyone’s reaction to me. I forgot who I was as a musician, which was a humbling experience of just being: being my small self.”

Our release of the week is the anniversary version of Manic Street Preachers’ classic album Know Your Enemy, which has been entirely remixed and reconstructed to form two separate albums. While going through the band’s archive in preparation for this anniversary edition, Nicky Wire found the original tapes of Solidarity and Door To The River, the two albums the band had originally planned to make, that he’d made in the studio during recording. When he put forward the idea of recreating those records, James Dean Bradfield agreed on the condition that he could remix the entire record with the band’s long-time studio partner Dave Eringa. The new mixes would bring a clarity to each record, losing extraneous studio effects and digital noise from the Solidarity songs and stripping away unnecessary orchestration and embellishment from the tracks that made up Door To The River. 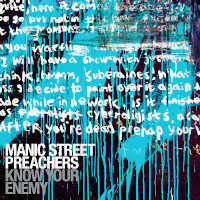 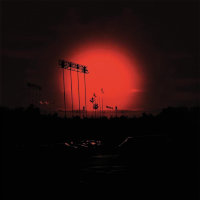 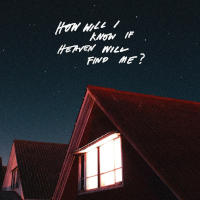 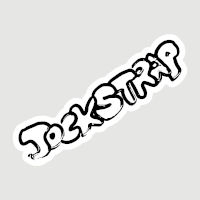 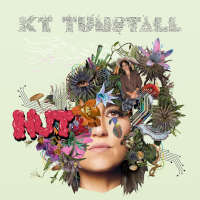 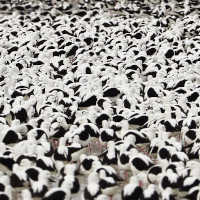