This week’s choicest new releases start with Found Light, which may be Laura Veirs’ twelfth studio album but it also, in many ways, feels like her debut. If 2020’s My Echo – written and mixed in 2019 just before Veirs split from her husband, long-time producer and the father of her two sons – was her break-up album, Found Light is about what comes after. This is a liberating collection of inquisitive and surprisingly assured snapshots of healing and personal growth, and the first release on which she has co-production credits. Despite the sadness and suffering that prompted these 14 graceful wonders, the result is a testament to the inspiration of independence, to shaping new possibilities for yourself even after great loss. It is a reminder that we are always capable of something more.

Neil Young announces the long-anticipated release of his near-mythical 2001 studio album, Toast. Recorded at Toast Studios in San Francisco around the turn of the millennium, Toast features Young’s legendary musical collaborators Crazy Horse at a ragged and thundering apex. For the past two decades, Toast has been whispered about in collectors’ circles in hushed tones, with Young dropping occasional nuggets of information about it here and there, especially as it contains three never-before-released songs. Last year, in his virtual daily newspaper, The Times Contrarian, Young wrote about the album in-depth. “The music of Toast is about a relationship,” he said. “There is a time in many relationships that go bad, a time long before the breakup, where it dawns on one of the people, maybe both, that it’s over. This was that time.”

It feels fitting that, with Katy J Pearson having provided an aural balm at just the right moment with her debut album, Return, its follow-up should reflect a world brimming with curiosity, back in action and wanting to expand its horizons. If her extracurricular activities in recent months have shown that she can dip a toe into a multitude of genres – providing guest vocals on Orlando Weeks’ recent album Hop Up; popping up with Yard Act for a collaboration at End of the Road festival; singing on trad-folk collective Broadside Hacks’ 2021 project Songs Without Authors – then her second album, Sound Of The Morning, takes that spirit and runs with it. It’s still Katy J Pearson – effortlessly charming, full of heart and helmed by that inimitable vocal – but it’s Katy J Pearson pushing herself musically and lyrically into new waters.

Sunset Dreams is a brand-new six-track EP that elevates Jane Weaver’s acclaimed album Flock to new esoteric pop heights. The EP features two unreleased tracks from the Flock sessions in addition to remixes from W.H. Lung and See Thru Hands. The stand-out ‘Sunset Dreams’ appears in its original breath-taking form, and there is an extended remix of ‘Solarised’ along with northern combo W.H. Lung’s remix of the track. Furthering the eclectic electronic vibe, there’s also a See Thru Hands mix of ‘The Revolution Of Super Visions’ and two new tracks: ‘The Lexical Distance’ and ‘Don’t Tell Me I’m Wrong’, all capturing the pop vision of this ever-morphing electronic pioneer.

BANKS enters previously uncharted territory in every sense – from sound to lyrics to visuals, and everything in-between. “In the past, I’ve been really tight and controlled, and I don’t feel like that right now,” she says. “I just feel more wild and free.” Featuring the singles ‘The Devil’ and ‘Skinnydipped,’ the 13-track Serpentina started taking form in the early days of quarantine, when BANKS decided to use the time under lockdown to master the production software Ableton. Despite being heavily involved with the production across all of her previous three records, it was her first time fully in control. “It felt like opening up a whole new world,” she says. “It feels like a journey listening to it from the beginning to end.”

Our release of the week is When The Purple Emperor Spreads His Wings by The Wave Pictures. Formed over twenty years ago in Wymeswold, Leicestershire, they have released over twenty albums of their own along with exciting side projects such as garage-rock supergroup The Surfing Magazines, several albums with Stanley Brinks, and guitarist Dave Tattersall’s recent contributions to albums by Billy Childish, with whom the band also collaborated on their 2014 album Great Big Flamingo Burning Moon. Across these varied releases, accommodating Dave’s free-flowing fountain of songwriting, The Wave Pictures have shown their deep affection for rock and roll, blues, jazz, classic rock, and of course Dave’s legendary love of a good guitar solo. 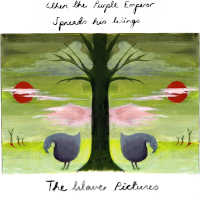 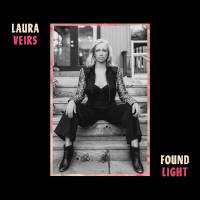 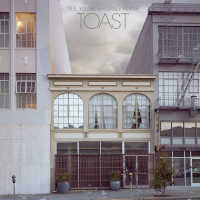 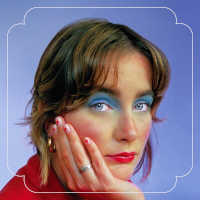 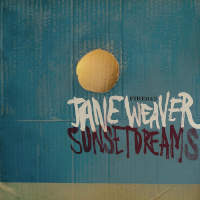 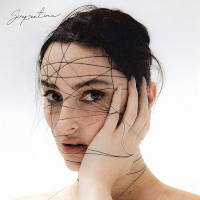