We open our six scorchers for this week with As The Moon Rests, the follow-up to London-based singer-songwriter A.A. Williams’s 2020 debut Forever Blue. That debut was a brilliantly dramatic, unique and intimate walk on the dark side that fused bold and smouldering hues of post-rock and post-classical: by turns glacial and volcanic, blissful and violent, with moments both of disarming quiet and explosive volume, equally appealing to alt-rock and metal camps. As The Moon Rests is heavier and softer, with more texture and weight, plus a string ensemble – it’s Forever Blue times ten!

N.K-Pop is the fifth studio album by Paul Heaton & Jacqui Abbott, both formerly members of The Beautiful South. The release follows previous studio album Manchester Calling, which reached No.1 in March 2020, and adds another clutch of deliciously barbed pop songs to Heaton’s Ivor Novello Award-winning song collection. Earlier this year Heaton received nationwide coverage when he marked his 60th birthday by putting £1000 behind the bar at 60 pubs across the UK.

The songs on Rolling Golden Holy, all originals, follow the paths of the traditional tunes that Bonny Light Horseman cherish to new frontiers, the sounds and situations of history given the gravity and shape of now. This is a band working at the edge of modern folk. After the release of their debut, Anaïs Mitchell, Josh Kaufman and Eric D. Johnson began discussing their next steps, loosely planning on writing and recording stints. Those sessions were delayed for all the unpredictable but now-familiar reasons until spring 2021, when the trio reconvened, with their families in tow, in upstate New York. Their chemistry, thankfully, remained intact.

Alvvays & forever! What a time to be alive. These dream-pop delights have taken their time to create a third album well worth the wait – expect indelible melodic hooks and shimmering walls of synth and guitar reverb on Blue Rev, where classic indie-pop dynamics meet sweetly dark lyrical turns for an album that improves with each listen. Welcome back Alvvays, we’ve missed you!

When Kodaline stepped on stage at Dublin’s cozy, sold-out Olympia Theatre in early March 2022, the beloved Irish quartet also felt a sense of release. Two years of pandemic-related separation, from each other and from the audience they had built meticulously since 2011, had underscored how essential that symbiotic relationship really is. “This album is something we’ve wanted to do for a very long time, it’s also something entirely new to us,” explain the band. “It’s a stripped-down acoustic show with no click, which basically means, it’s very raw and unfiltered. It was an intimate show recorded in one of our favourite venues in the world, in Dublin City at home in Ireland.” Our Roots Run Deep is a spectacular showcase for the purity of their artistry and the profound musical impact they’ve had on a generation. Their next step is around the corner, till then, this is Kodaline – unguarded, simple, essential.

Our release of the week come from Courtney Marie Andrews. In a beach shack on the honey shores of Cape Cod, the Phoenix-born songwriter, poet and painter found self-love and her voice. Every morning, she’d walk 6 to 8 miles around the back trails of an island and meditate on her life, perusing old memories and mental patterns like browsing a used bookshop. After more than a decade on the road, she finally had the space to process all the highs and lows of a life of constants. She was finally ready to make a record of triumph, while not completely forgetting the years that made her. Loose Future is that record. 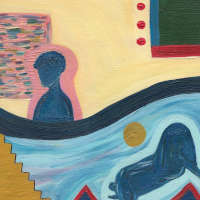 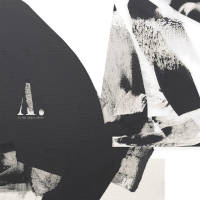 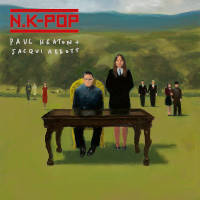 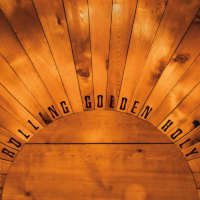 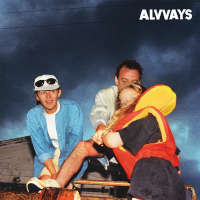 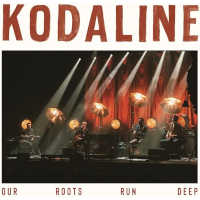