We start of this week’s 6 lovelies with Joy Williams, formerly one half of The Civil Wars, who brings us her second solo album, Front Porch, and it’s a smasher! Already receiving praise from the likes of Rolling Stone, this album returns to the folk-oriented emotions of her Civil Wars days and has produced 12 songs that can be played, well, on your front porch.

American indie stars Vampire Weekend’s fourth studio album, Father Of The Bride, closes a six-year gap since 2013’s Modern Vampires Of The City – a period during which the band’s Ezra Koenig was anything but idle. In addition to touring the world and winning a Best Alternative Grammy, Koenig released his Netflix anime series Neo Yokio, continued to host his show Time Crisis on Beats1, co-wrote and produced Beyonce’s ‘Hold Up’ … all the while living the experiences and observations that would inform the next Vampire Weekend album. Father Of The Bride’s title is something Koenig chose years back, well before recent significant developments in his life. In typical VW fashion, the title has multiple layers of meaning, expressing the band’s signature paradox: creating songs that could easily find a home on any playlist – or car radio, TV show, film soundtrack, airport PA, etc. – but with complexities that are revealed upon closer listening.

The Wildhearts return with the aptly titled Renaissance Men. This creatively brilliant band plays a distinctive fusion of hard rock, perfectly complimented by contemporary melodies. The Wildhearts helped change the landscape of British rock during the ’90s, and to this day they haven’t shown any sign of slowing down.

The Felice Brothers’ new album, Undress, was cut live to tape with very little overdubbing in the late summer of 2018 in Germantown, New York. Many of the songs on the new album are motivated by a shift from private to public concerns, says songwriter Ian Felice. It isn’t hard to find worthwhile things to write about these days, there are a lot of storms blooming on the horizon and a lot of chaos that permeates our lives. The hard part is finding simple and direct ways to address them.

Frank Carter & The Rattlesnakes return with their third studio album, End Of Suffering. The title comes from the Buddhist term for enlightenment, and this is the sound of a band entering an entirely new realm of the senses: a forty-minute rock’n’rollercoaster of molten-hot bangers, scorched-soul ballads and grunge lullabies laced through with a lacerating lyrical honesty.

Our album of the week is U.F.O.F., with F standing for ‘Friend’, the highly anticipated third record by Big Thief, recorded in rural western Washington. The New York-based band, featuring Adrianne Lenker (guitar, vocals), Buck Meek (guitar), Max Oleartchik (bass), and James Krivchenia (drums), has spent the last 4 years on an incessant world tour, winning the devotion of an enthusiastic and rapidly expanding audience. Their songs represent an emotional bravery and realness that weaves intimate relationships with the listener, a phenomenon that has made them one of the most widely respected bands of the current era. 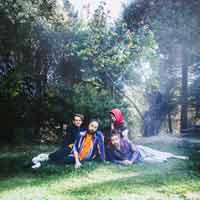 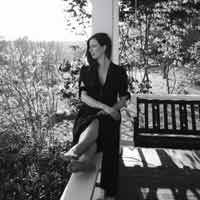 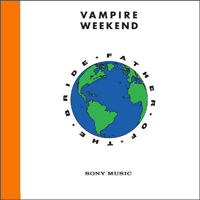 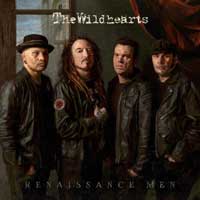 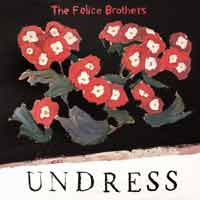 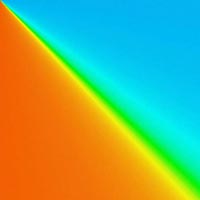