This week we kick off with the unique Intra-I, an uplifting celebration of black music that, thanks to Theon Cross’s pioneering approach, helps to redefine the sonic possibilities of the tuba. Reflecting his own heritage, the young virtuoso melds jazz with dub, hip-hop, soca, grime and other sounds connected to the Afro-Caribbean diaspora. This is Cross’ first music to include collaborations with guest vocalists – including Remi Graves, Shumba Maasai, Afronaut Zu, Ahnansé, Consensus and Oren Marshall – and this adds a further new dimension. Theon Cross is at the forefront of the thriving London jazz scene. In 2015 he released the EP Aspirations, and followed it in 2019 with his acclaimed debut solo album, Fyah. In addition to his solo endeavours, Cross is a core member of Mercury nominated group Sons Of Kemet.

Exploring themes of the human and emotional consequences of life surrounded by data, Overflow, the new album from Rival Consoles (aka Ryan Lee West), echoes the concept of social media, advertising, marketing companies and political factions exploiting our data to gain wealth, political advantage and sow division. Key reading for the project was based around the contemporary philosophical work Psychopolitics: Neoliberalism and New Technologies of Power by Byung-Chul Han. “The piece opens with ‘Monster’, which has a kind of drunken madness to it, highly repetitive to mirror the repetitive nature of how we as humans engage with technology such as social media. It’s sometimes edging towards chaos but yet always returning back to the same starting point, but eventually giving way to exhaustion. I wanted to create a bold opening piece for Overflow,” states West.

Live In Brighton 1975 is the second in a curated series of Can live concerts. Originally recorded on tape, this carefully restored live album comprises the entirety of the show in the format of a story with a beginning, middle and end, bringing Can’s astonishing performance to life. The release includes a booklet containing extensive new notes by journalist and authors Kriss Needs and Rob Young.

A groundbreaking collaborative documentary, 101 was co-directed by acclaimed husband-and-wife filmmaking team D.A. Pennebaker (Don’t Look Back) and Chris Hegedus (The War Room) with active creative input from Depeche Mode, who had held an exclusive contest for fans offering an appearance in a Depeche Mode movie as the prize. 101’s narrative through-line of contest winners travelling across America to attend Depeche Mode’s landmark Rose Bowl concert is a cinematic precursor to the youth culture trend in ‘reality TV’ programming. 101 captures the electrifying synergy between the band and their fans. This new edition has been meticulously upgraded using 4k scans of the original film reels and comes with a host of extras.

Communards celebrate the 35th anniversary of their debut album with a reissue on limited-edition gatefold vinyl with new sleeve notes, and an expanded CD version featuring rarities including B-sides, remixes and a BBC radio session. On its original release in 1986, the hit single ‘Don’t Leave Me This Way’ had a four-week run at number one, and the album itself reached a chart peak of number seven, going on to spend a total of 45 weeks in the UK albums chart.

Our release of the week is Glasvegas’s triumphant fourth album, Godspeed – the music we all need right now. The latest single ‘Shake The Cage (für Theo)’ sums up the dazzlingly eclectic sound of Godspeed perfectly – this is an electronic barrage with devastatingly powerful spoken word lyrics that call to mind ‘I’m Gonna Get Stabbed’ from the band’s astonishing debut. The album presents a fragmented portrait of a single evening’s events that James Allan half-jokingly compares to American Graffiti, George Lucas’ 1973 coming-of-age classic, “where everything happens in one night, and nothing major goes down plot-wise, but you still love the characters and the world.” Each song in its own right is as diverse as the next, pulling James into each world with free reign to experiment in this latest masterpiece. 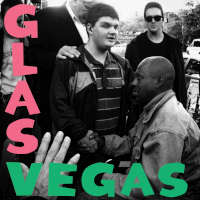 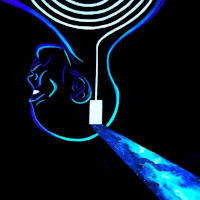 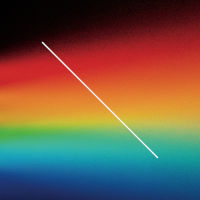 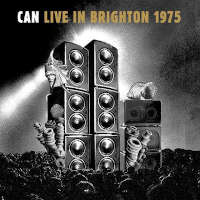 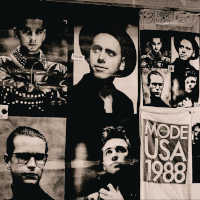 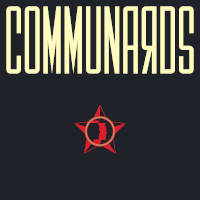