First of a strong list this week is Laura Mvula’s new album, Pink Noise, which explores a previously uncharted side of this critically acclaimed artist. As triumphant as ever, the album is a battle cry and stark reminder of her sheer talent. This is Laura in a new-found light – still reflecting her distinctive signature sound but showing the progression of an artist who has come into her own. Contrasting confessional lyricism with compelling and infectious synth-pop, Pink Noise feels completely and uniquely Laura. Her artistic prowess knows no limits – take the neo-soul meets art-pop of ‘Remedy’ for example, or the darker, pulsating ‘Conditional’ that injects bombastic funk into indietronica. She sounds rejuvenated too, especially on electro-pop stunners ‘Magical’ and ‘Before The Dawn’. This is Laura Mvula at her most ambitious to date, leaving no stone left unturned in this cosmic new realm.

The Locket is the coming together of two masters of their craft to create something hopeful in a time of unrest. Its title track refers to memories of happier times: “We fill a locket with memories we protect, and don’t forget to keep it round your neck.” It’s a reminder to focus on positivity in the face of adversity; a collaborative project designed to be enjoyed together; a celebration of music, unity and looking ahead. And it couldn’t have come at a better time. In 2017, Bombay Bicycle Club frontman Jack Steadman released an album, God First, by himself under the moniker Mr Jukes. We say ‘by himself’ but it was very much an open-door policy, resulting in a collaborative record that brought contributions by legends such as Charles Bradley, De La Soul, Horace Andy, Lianne La Havas, BJ The Chicago Kid and Lalah Hathaway. This latest project also features Barney Artist, whose music takes the vibrance of jazz-infused hip-hop but with a London feel. Growing up in Forest Gate, East London, Barney balances conscious themes with old-school grooves to create something instantly likeable – like the artist himself: a larger-than-life presence, fun to be around and a searing, peerless talent too. A collaborator by nature, Barney grew up around Tiana Major9 and Jay Prince and has made music with Tom Misch, Loyle Carner, Alfa Mist and Jordan Rakei.

On Get Up Sequences Part One, Ian, Ninja, Nia, Simone, Sam and Adam, aka The Go! Team, have created a musical world distinctly of their own making. It’s a place where routine is outlawed and perfection is the enemy; where Ennio Morricone meets the Monkees armed with flutes, glockenspiels, steel drums and a badass analogue attitude. We’re talking widescreen, four-track, channel-hopping sounds that are instantly recognisable.

Yellow, the debut album by Emma-Jean Thackray, feels exactly like the sort of thing we’ve been longing for over the past 12 months: a transcendent shared human experience. Across its 49 minutes, Yellow draws glowing lines between ’70s jazz fusion and P-funk, the cosmic invocations of Sun Ra and Alice Coltrane, and the gorgeous orchestration of the Beach Boys. “I wanted the whole thing to sound like a psychedelic trip,” explains Thackray. “You put on the first track, it takes you through this intense experience for almost an hour, and then you emerge on the other side transformed.” The result is an album that speaks the language of positivity, as rich lyrically as it is musically. You might best understand what Thackray does through reference to auteur figures like Brian Wilson or Madlib, who straddle instrumentation, arrangement and production in order to bring the sound in their head to fruition.

Snapped Ankles return to the forest, but it’s not as they left it: trees planted in neat rows; a well-ordered monoculture with access roads and heavy machinery; the smell of green-washed money in the air. There’s no sign of the ancient woodland they emerged from on debut album Come Play The Trees, and it’s far cry from the gentrified East London they found themselves hawking on Stunning Luxury. All is not well in the face of progress. Welcome to the Forest Of Your Problems.

Our release of the week is the stunning debut solo-project collaboration from Primal Scream frontman Bobby Gillespie and Savages frontwoman Jehnny Beth, which explores the loss, miscommunication and emotional inarticulacy that a married couple experience as they realise that their relationship is breaking down. Utopian Ashes draws on the tradition of country-soul classics, such as Gram Parsons and Emmylou Harris’s Grievous Angel and George Jones and Tammy Wynette’s We Go Together, to deal with the heavy realities of love turning sour. It’s an album for people who have dealt with the inevitable sadness that comes with age and acknowledged the realities of life. There is no sweetening of the pill, but it does achieve what should be the goal of all good art: to make us feel less alone. And while it’s not autobiographical, it channels heartfelt truth from the songwriters’ own experiences. In addition to Bobby Gillespie and Jehnny Beth, the album features Johnny Hostile (bass) alongside Primal Scream trio Andrew Innes (guitar), Martin Duffy (piano) and Darrin Mooney (drums). 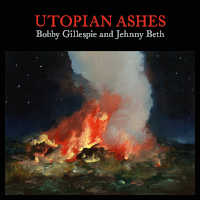 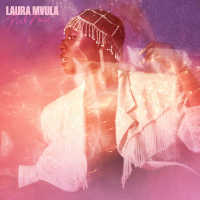 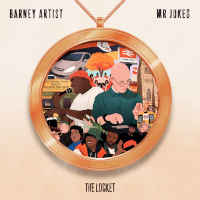 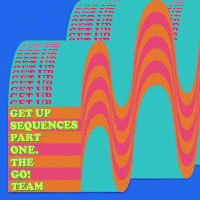 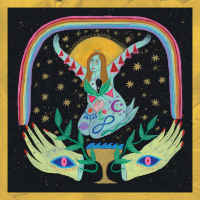 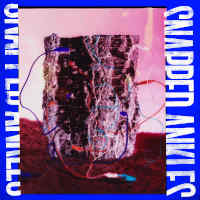