We kick off our pick of this week’s releases with The War On Drugs, who have steadily emerged over the past 15 years as one of this century’s great rock-and-roll synthesists, removing the gaps between the underground and the mainstream, between the obtuse and the anthemic, making records that wrestle a fractured past into a unified and engrossing present. The band have never done that as well as they do with their fifth studio album, I Don’t Live Here Anymore, an uncommon rock album about one of our most common but daunting processes – resilience in the face of despair.

Two-time Grammy-nominated guitarist and blues-rock titan Joe Bonamassa returns with a brand-new studio album. Time Clocks is his 15th solo studio album and his fifth consecutive album of all-original material, and it sees him at his most ambitious and diverse yet as he continues to redefine and push the barriers of blues-rock. Over the ten songs on Time Clocks, Joe mixes in a new progressive rock flavour.

The Path Of The Clouds, the ninth solo album from Marissa Nadler, is the most stylistically adventurous, lyrically transfixing and melodically sophisticated collection of songs in her already rich discography. Gripped by wanderlust while suddenly housebound at the start of the pandemic in 2020, Nadler escaped into writing, and came back with a stunning set of songs about metamorphosis, love, mysticism, and murder. Blurring the line between reality and fantasy and moving freely between past and present, these 11 deeply personal self-produced songs find Nadler exploring new landscapes, both sonic and emotional.

Our release of the week is The Million Things That Never Happened from Billy Bragg, whose last four decades have included a number one hit single, having a street named after him, being the subject of a South Bank Show, appearing onstage at Wembley Stadium, curating Left Field at Glastonbury, sharing spotted dick with a Cabinet minister in the House of Commons cafeteria, being mentioned in Bob Dylan’s memoir and meeting the Queen. At their best, Billy’s songs present “the perfect Venn diagram between the political and the personal” (the Guardian). 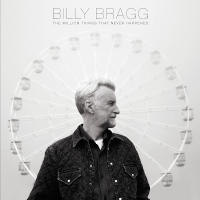 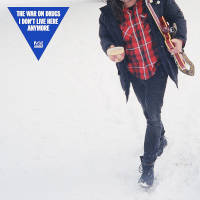 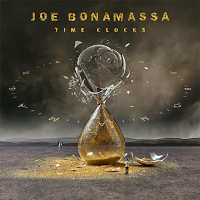 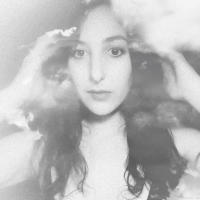