This week’s selection kicks off with Diamond Star Halos, the brand-new album from Def Leppard and their first since 2015’s chart-topping self-titled record. Written by the band over the past two years, the album features 15 tracks including the anthemic, stadium-ready singles ‘Kick’ and ‘Fire It Up’, with guest vocals from Alison Krauss on ‘This Guitar’ and ‘Lifeless’. The title Diamond Star Halos references T.Rex’s ‘Bang A Gong (Get It On)’, and there are nods to Marc Bolan, David Bowie and Mott The Hoople across the album, which mixes the sound of Def Leppard’s classic spirit with modern fire.

For the first time in over a decade, 20 of the Sex Pistols’ recordings from 1976 to 1978 are collected together to tell the story of one of the world’s most influential and extraordinary bands. The tracks here cover the entire initial period of the band’s recording career – from ‘Anarchy In The UK’ through Never Mind The Bollocks to the post-John Lydon Great Rock ’n’ Roll Swindle soundtrack featuring early demos, cover versions and more. The compilation is completed by some essential B-sides – ‘I Wanna Be Me’ (the flipside of ‘Anarchy…’), ‘Satellite’ (the B-side of ‘Holidays In The Sun’) and ‘Did You No Wrong’ (from ‘God Save The Queen’).

Daft Punk cited Wendy Carlos, the composer of the original Tron film, as inspiration for the score of Tron: Legacy, as well as Max Steiner, Bernard Herrmann, John Carpenter, Vangelis and Maurice Jarre. The soundtrack, which features an 85-piece orchestra recorded at AIR Lyndhurst Studios in London, received awards from both the Austin Film Critics Association and the International Film Music Critics Association and was nominated for the 54th Grammy Awards.

The genesis of the idea for Bob Marley & The Chineke! Orchestra came via the acclaimed cellist and 2016 BBC Young Musician of the Year Sheku Kenneh-Mason OBE. Although now a full-time solo artist and no longer an active Chineke! member, it was Kenneh-Mason’s pioneering and original arrangements of Marley’s ‘No Woman, No Cry’ and ‘Redemption Song’ that initially captured the attention and appreciation of Tuff Gong and the Bob Marley estate, and so the Chineke! musical journey, via Abbey Road Studios, began.

Acid Jazz presents Forward Thinker, the second LP from Glasgow-based jazz ensemble Nimbus Sextet. Led by Joe Nicholls, the ensemble emerged in 2020 with their debut, Dreams Fulfilled, and a series of remixes and singles on Acid Jazz, establishing them as one of the most exciting jazz groups in the UK. The band offered a taster of the new album in January with ‘To The Light’, play-listed by Jazz FM, alongside a debut at Ronnie Scott’s and a series of live dates. Forward Thinker is an exuberant, innovative and uplifting second effort that sees the band stepping out of the turbulence of the last couple of years with a positive message and buoyant outlook.

Our release of the week is C’mon You Know, riding on the huge success of Liam Gallagher’s previous studio albums, As You Were (2017) and Why Me? Why Not (2019), which have established his iconic status for a whole new generation. His MTV Unplugged also went straight to number 1 on the album chart. Between his triumphs as a solo artist and his phenomenal success with Oasis, Liam has spent a combined total of almost six months at number 1 across eleven chart-topping albums, and C’mon You Know looks set to add plenty more weeks to that figure. 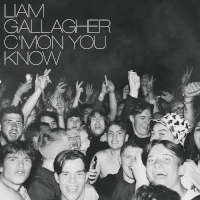 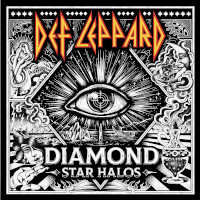 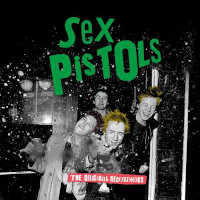 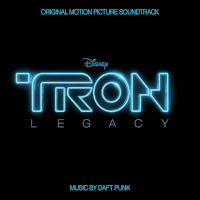 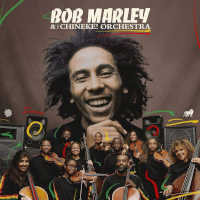 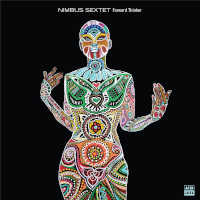