We open this week’s aural refreshers with Pre Pleasure, the breathtaking third album from Australian singer-songwriter Julia Jacklin. Co-produced with Marcus Paquin (The Weather Station, The National), Pre Pleasure shows Jacklin at her most authentic, delivering the most intimate, raw and devastating ten songs of her career to date. This uncompromising and masterful lyricist is always willing to mine the depths of her own life experience, and she has a singular talent for translating this into deeply personal, timeless songs.

Embrace have announced their eighth studio album, How To Be A Person Like Other People, released on their own Mo’betta label. Talking about the album, guitarist Richard McNamara said: “Whenever we put out a new album it’s always a really big deal to us, we put everything we have into it. We know that there’s something about what we do that people love, that they just don’t get from other bands. It’s like a pact, they want us to be intimate and personal and autobiographical, but they also want us to be confident and rousing and anthemic. It sounds like a contradiction, but I think when we’re at our best we somehow pull it off. I think in that sense this is the most Embrace album we’ve ever made.”

Steve Earle has been creating intimate and personal music for well over four decades now. His songwriting has wound itself along a path from Texas to Tennessee and his education came in the form of learning from the best: 2009’s Grammy-nominated Townes was a tribute to his dear friend and mentor, Townes Van Zandt; and, ten years later, Earle released Guy, an album paying homage to the late Guy Clark and the indelible friendship that they had formed in stories told through song. 2022 welcomes the release of Jerry Jeff, a 10-song collection of songs written by the gypsy songman Jerry Jeff Walker. Featuring hits like ‘Mr Bojangles’ and ‘Gettin’ By’, Earle & The Dukes honour the late Texan by amplifying the concept and sound of each song with a full-band recording.

Acclaimed Grammy-nominated singer-songwriter and multi-instrumentalist Valerie June presents Under Cover, a specially curated 8-track covers collection that contains singular interpretations of some of her favourite songs, including previously unreleased versions of Mazzy Star’s ‘Fade Into You’, Frank Ocean’s ‘Godspeed’, Joe South’s ‘Don’t It Make You Want To Go Home’, Gillian Welch’s ‘Look At Miss Ohio’ and Nick Cave & The Bad Seeds’ ‘Into My Arms’. Under Cover also includes two tracks from the recently released digital-only deluxe edition of Valerie’s own The Moon And Stars: Prescriptions For Dreamers: John Lennon’s ‘Imagine’, and Nick Drake’s ‘Pink Moon’. Bob Dylan’s sublime ‘Tonight I’ll Be Staying Here with You’, previously available only as an Amazon Original exclusive, rounds out the set.

Our release of the week is Will Of The People from Muse, whose frontman Matt Bellamy says: “The album was created in Los Angeles and London and is influenced by the increasing uncertainty and instability in the world. A pandemic, new wars in Europe, massive protests & riots, an attempted insurrection, Western democracy wavering, rising authoritarianism, wildfires and natural disasters and the destabilization of the global order all informed Will Of The People. It has been a worrying and scary time for all of us as the Western empire and the natural world, which have cradled us for so long, are genuinely threatened. This album is a personal navigation through those fears and a preparation for what comes next.” 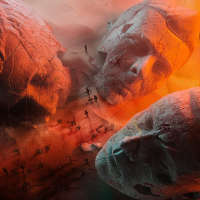 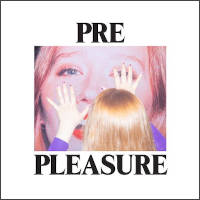 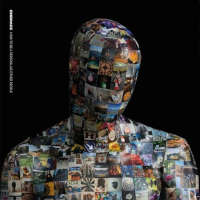 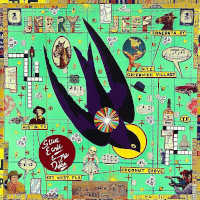 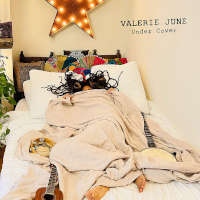 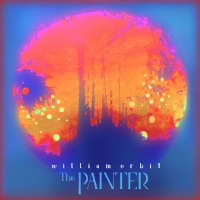